The Synod on the family - praying for a pastoral approach 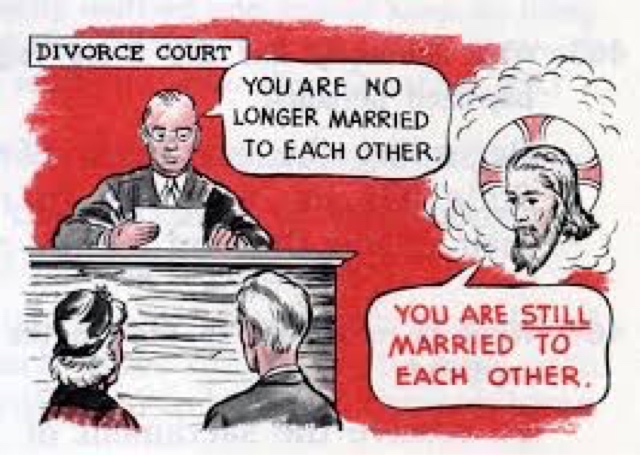 The Synod on the Family this Autumn had cause a great deal of discussion and comment by Catholics and even non-Catholic Christians.

The Church has never accepted that a valid, canonical marriage may ever be dissolved in obedience to Our Blessed Lord's teaching when he was on earth.

A number of people are talking about pastoral approaches - and of course the church must always treat everyone with kindness - but Truth can never be sacrificed.

The destruction of a true marriage through divorce is a tragedy. Children's lives are destroyed and this impacts them for the rest of their lives. I have spoken to thousands of people and am amazed at how many point to their parent's divorce as the lowest point in their lives.

It is ironic that some Protestant leaders have written to the Pope asking him to reaffirm marriage and not to water down teachings whilst some Catholics seek to undermine what both Scrupture and Tradition teach us.

A false pastoral approach is to say that marriage doesn't really matter. Evil is often couched in the language of compassion. Hitler's euthanisa scheme was described as a "mercy death" but innocents were murdered. Abortion is described as a right to chose but babies are destroyed - denying them a lifetime of choice. Same sex marriage is described as equality - but what thought for children growing up without a mother and a father?

I hope and pray that the Synod on the Family will act in a truly pastoral manner - reaffirming  that marriage cannot be dissolved and ensuring that those who have sought to undermine this sacrament be removed from all positions of influence in the church.
Posted by NonAngelusSedAnglus