The Good, The Bad and The La-las

These people from La-La-Land want the world to be like it was in some mythical time when the Church was not under a cloud created by sinners within the Church, such as the Baddies, the gnostics, the heretics, or the just plain slothful. The La-Las do not want to hear about heroic virtue from the Goodies, either, not believing that lay people can become saints, or that everyone goes to heaven, so what is the point of reading and studying the lives of the saints? 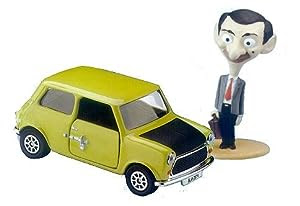 La-Las sometimes become the Baddies. Three weeks ago, when one of only three priests in this metropolis of eight parishes spoke of the decision of SCOTUS to redefine marriage, thus creating another example of "legal moralism" in this sad country, some La-Las, in fact, the entire family, got up and walked out of the Church because the good, young priest spoke the truth about the new problems which will be facing Catholics now that the meaning of marriage has been changed.

So, some La-Las are latent Baddies.

But, some are latent Goodies. One La-La woman turned to another in Church when her priest said the lives of their children would never be the same, and said "Now, this priest is good."

However, the vast majority of La-Las simply do not want to think. Rational discourse is hard and challenges one.

I am about to give up entirely on the La-Las and just pray for them. As one of my dear Goodie friends said this morning, "One can no longer have rational debate with these people."

Prayer changes people, mostly those of us who pray. I pray for creativity in discussion and for the right words. But, when people just do not want to listen, Christ gave us the answer on how to act.

14 And whosoever shall not receive you, nor hear your words: going forth out of that house or city shake off the dust from your feet.

Sometimes, that is all we can do, and pray.
Posted by Supertradmum