What is the Interior Life of a Priest in Experiencing the Fatherhood of God? 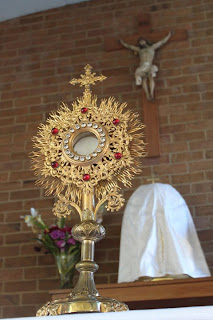 As a priest I often find myself here, before the blessed Sacrament on behalf of God's people. It seems there is a special grace of joy connected with praying for the same people for whom I will one day have to render to God an account. The satisfaction and deep fulfillment present in making my spiritual children's concerns my own is unlike any other thing. I suppose I could compare it to the spousal satisfaction a man might feel in providing for the needs of his family, making his children's concerns their own, and being anxious for their good. On the other hand, it is not like that at all. It is entirely spiritual. Perhaps sometimes the spirit of the world and the mockery it has in the face of divine mysteries, the over emphasis it places on sexual gratification, the estrangement it has with the charism of celibacy, would try to relegate or downgrade this kind of spiritual paternity as if it were only analogous or ephemeral, some kind of second-rate abstraction that doesn't really pertain to reality. This is a lie. What kind of fatherhood is second-class if a person is born into eternal life who would otherwise end up in hell? Is that a lesser kind of fatherhood, merely spiritual? It is one of the most substantial and real things in the universe.

The Most Holy Eucharist that a priest is the summit, source, and center of a priest's spiritual fatherhood. This Father's Day I experienced this in an entirely different way. As I was saying the sacred words of consecration I had the experience for the first time ever of being in loco Dei Patris, in the place of God the Father, according to an ancient expression of the Church Fathers, both east and west. I understood for the first time that when a priest says, "this is my body...this is my blood" God the Father himself personally steps into that moment and directly speaks his Word, as if he were saying,

This is my consubstantial, con-natural, co-eteral, co-equal Son, one in Being with me, sent to you now here in this place and time in a way he has never been given before or will be given again as a manifestation of my unique love for you, of that portion of my love that is peculiarly yours. For I so love you people gathered here that I give my only begotten Son to you again made present so that you, here and now, will not perish but have eternal life.

It was, understandably, a very moving experience to celebrate Mass today. I felt the Fatherhood of God in a way I never have before and realized that the greatest moment of very real first-rate, first-class, supersubstantial, Fatherhood in giving the Son to the world, to this world, this parish, these people, here and now as a specific and altogether unique manifestation of God the Father for these children of his. Also at the moment of communion, especially when I place the host on the tongue of one of the people, it is like very tender feeding of children the eternal God, as though you would feed an infant the sustenance that will give them life and make them strong. I do not know how to describe the love of God the Father at that moment of communion. It is no surprise that when Jesus would touch people he would speak paternally, as if the Father was actually speaking through him, "Daughter, your faith has healed you" (Lk 7:50; Lk 8:48; Mk 5:34). I am sure that if people have the proper dispositions, no small healing is apportioned to them given straight out of the love of God the Father.
Another moment that the Fatherhood of God is very present in the life of a priest is the experience of loosening the bonds of sin, especially mortal sin, the kind that would otherwise make them orphans of their eternal Father. Is this fatherhood just a kind of happy feeling, merely a parable, sign, an idea, a theological figment or theoretical phantasm? No. It don't get any more real than that. This is even more true of helping a person die after giving them the last sacraments, the apostolic pardon, and the final commendation. It is like helping a child fall asleep so that they may wake up in eternity. Several times this past month people died only a few hours after I anointed them.
Recently God has given me charge of a few persons in spiritual direction. This too for me is an intense encounter with the Father's love. I was offering mass for my spiritual directees lately and I saw in my mind a bouquet of beautiful flowers that I would present to God at the end of my life. Of course I know that God is the real spiritual director of their souls and he is the only one responsible for beautifying them, but he has given priests to be instruments in his garden, like a spade or hoe and probably a little manure of their own humanity. It seems that Jesus not only invested extra time in seeking out the lost, but also in the advanced formation of those who would serve others. I frequently hear these people say, "thank you for making the time." What they may not know is that there is a very powerful grace of sanctity for the priest is in responding to the needs of God's children, and a priest is very much nourished by gifting himself to others, being spent and consumed for souls.
Wait a minute, don't worry when you hear those words of consuming or spending his life. Undoubtedly some will say, "You should also rest." Yes, Jesus himself turned away from the poor, left the hungry unfed, the sick unhealed, the lost untaught, and went to the Father to speak to him in private. I am so grateful he gave me this example, for it is in returning from contemplation of the Father's glory that a priest has any capacity to be a man for others, so in turning away momentarily, he is also serving them better.
In prayer too, there is the growth of the fundamental inner identity of the priest, what Blessed Pope John Paul II called in his Exhortation on the Priesthood (Pastores Dabo Vobis), Pastoral Charity, or fatherly love. Cardinal Tuan called it a "surge of paternal generosity." Fr James Flanagan, one of my own chief spiritual fathers and the founder of my community claims that God the Father is "a burst of joyful generosity," which takes a hold of a priest's whole being. It seems that in the Sacrament of Holy Orders God the Father takes a ray of his Fatherhood and lets it shine out of a man for the people to whom he is sent.
May the prayers and intercession of Our Lady, beloved Daughter of the God Father, bring forth in the hearts of priests the supersubstantial and eucharistic Fatherhood of God for his people.
Posted by SOLT Webmaster

Email ThisBlogThis!Share to TwitterShare to FacebookShare to Pinterest
Labels: priesthood