The Super-Abundant Fruitfulness of the Witness of Celibacy in Priests

Watch Video of Homily
I was walking though grocery shop one day, minding my own business when a woman stopped me and asked me with disgust in her face, "What are you?" I prayed to the Holy Spirit. I heard myself reply, "I am Celibate. Jesus is Celibate to be totally dedicated to our salvation and so am I." She was one of those that Jesus spoke about in Matthew 19:11, "Not all can receive this, but only to those to whom it is granted." Not everybody can understand celibacy, however, that does not mean that we ought to diminish the sign that Jesus has made it by allowing people to tarnish its beauty or diminish its power. 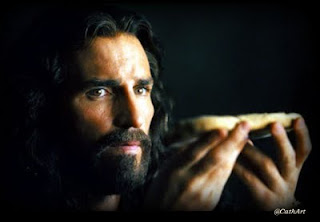 When a man gifts his whole manhood in Christ to the Father for the sake of salvation ofsouls,it is powerful. He thinks, moves, and breathes for the purpose of getting as many people to open their hearts to the One who loves them as possible. He does this day and night without rest because it is the reason for his existence, he is consecrated for it. I myself have the common experience of fatherly anxiety for my flock, waking up in the middle of the night praying for my parishioners, being preoccupied with their welfare and constantly concerned about their good. I can do this, I am free to do this because for this is I am consecrated. When I speak the words of consecration at Mass in which we believe that Jesus gives us his true Body and Blood, "This is my body," I don't just say it in Persona Christi, but I say it to my parishioners as well, this body is consecrated for you and is yours to serve you and to make you know that you are worth it, that God is worth it, worth a man laying down his whole life.
At this time, there is an attack on the witness of celibacy, and we ought to take care that through our own negligence or ignorance we don't add to it. The modern media has tried to blame celibacy as the root cause of paedophilia. In a recent study conducted by the US bishops, it has been made clear that celibacy is not the cause of the priest crisis, as CNN and BBC would like you to believe. In fact Catholic priests have the least amount of offenders than in any other profession. Christian Pfieffer, the famed independent German criminal sociologist "reported that approximately 0.1 percent of all offenses are committed by priests. Among clergy offenders Catholic priests are least likely to offend" (Peter Seewald, Light of the World). Insurance claims in the United States report that while 13% of the offenders reported are from protestant married clergy, 6% are catholic priests - less than half!
It seems that priests are being branded, identified, or typified as the ones who are offending yet they are the very least of society and of most Christian denominations. Why then is the news media permitted to do this? Why is there a double standard? George Wiegel, a biographer of Pope John Paul II and a famous Catholic lecturer, has an interesting take on this. He says that it is an implicit recognition of the dignity of the Catholic priesthood. It should be held to a higher account because it is a higher calling than simply being Pastor Joe of Joe's church. And why not? There should be 0% cases. The law in every country is stricter on priests than any other group. The statute of limitations is absolutely waived in the United States. "Ernst Wolfgang Böckenförde, a former German constitutional judge, remarked, 'The words that Pope Benedict used years ago in the Untied States and now in his Letter to Irish Catholics could not be harsher,'" (Peter Seewald, Light of the World).
We must then hold celibate priests to a higher standard, yet not diminish the power of its witness by perpetuating lies or slurs that have been cast on its true purpose. I met an Anglican priest a few weeks ago. He said that he thought celibacy is an obstacle to vocations. "You don't really buy those lies, do you?" I asked him. We need to point out the lies to those around us, to unmask them. The fact is, this Archdiocese of Southwark has 39 men preparing for celibate priesthood while the Anglican diocese this priest belongs to has less than 4 candidates. It is a lack of faith that diminishes vocations, not the charism of celibacy. If anything, men are attracted to the high ideals and high standard, not repulsed by it. 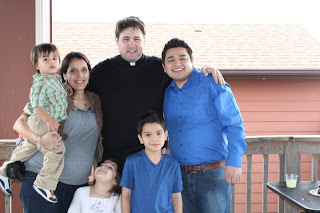 Celibacy also has power to complement the married state. It is not in competition, does not diminish, or lessen, the dignity and vocation of marriage. When you see that a man can be faithful to his vow of celibacy you are inspired to be faithful to your vows of marriage and vice versa. If a man can be faithful to the flock of God another man can be faithful to his own little flock, his family. It is possible for him to be madly and passionately in love with one woman for his whole life because the same principle of chastity that is working in celibacy is working in marital chastity. The way a woman treats her spouse, thinks and feels about him, loves him or doesn't love him, is the very way she treats Jesus, thinks and feels toward him. At the end of her life, Jesus will ask her, how much did you love me and permit me to love you in your husband? Yes, this is not easy, but the witness of celibacy encourages us to be faithful.
The person who helps us be faithful is Mary most pure. She can obtain for the Church to be the shining witness of purity and holiness that Jesus calls us to. She can pray for us to obtain holy priests, who are preoccupied in a holy way with the salvation of souls and the welfare of the Christian people. May Our Lady bring about this shining witness and help us not to diminish the power of the witness of celibacy.
Posted by SOLT Webmaster