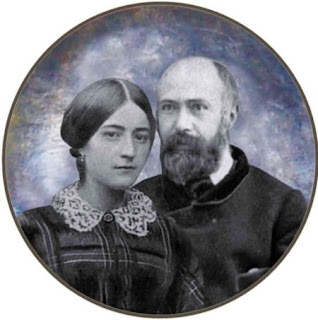 The duty of parents, among other things, is the passing down of the Faith, which I have written about from a personal experience on this blog.

But, one of the most important things a parent has to do is help the child make the transition between the domestic church and the home school, or private school, and the hostile world.

Many children have fallen away as young adults simply because they were not prepared to meet the type of antipathy to God and Church which they encountered in college, or in new jobs.

Some young adults have not been able to make the difficult transition between the golden years of education in the Faith, and the application of that Faith in the world.

What has been missing are two skills which can be taught either in the home school, or in the family of those who go to Catholic schools.

These two skills are absolutely needed for today's youth to be able to deal with the growing paganism of the West.

These two skills are mental prayer and apologetics, coupled with rational discourse.

The first skill demands just as much discipline as the second. Both skills demand the use of the intellect, as intelligence and prayer grow together, as well as logic and intelligence.

Two years ago on this blog, I suggested that the new evangelism was not geared to ask and answer the real questions which those in the world need to have answered. If anyone remembers that post, I suggested that we go back and ask the basic questions of life, such as what does it mean to be human or is there a God, and so on.

The problem with asking and answering these types of questions rests on the fact that too many adult Catholics do not know how to think as Catholics. They have never adopted a philosophy or metaphysics which informs their faith.

One cannot share faith which has been born and raised in a vacuum. Faith is not merely personal belief, but an entire system involving one's worldview, one's view of one's self, including an understanding of one's soul and the interaction between God and the soul.

How can young people discuss morality without logical thinking, and without a deep prayer life?

If these two skills, which can be learned with grace as one grows and matures, are missing, the youth who faces evil for the first time may be overcome with a sense of inadequacy and helplessness.

In reality, every baptized Catholic has tremendous power to overcome evil merely by the graces of baptism, nourished by the other sacraments of confession and Eucharist. But, without the skills of prayer and communication on a rational level, these graces cannot be used in the market place.

What is needed is the old classical form of education, real liberal arts, which taught men and women to be free, (the meaning of "liberal" in liberal arts, as in "liberty"), because they knew how to think.

Thinking and praying mark the great saints, The Doctors of the Church have been granted this status of "doctor" because of their profound writings as well as their unity with God--fruits of thinking and praying.

More than ever, we must teach our children how to think and how to pray. Grace informs the intellect and the soul. Both together bring us closer to God and help us to love our fellow human beings.

Can we do anything less than prepare our children for the spiritual warfare they face and will face in that difficult transition from childhood faith to appropriating their adult faith?

Soon we shall witness two saints added to the galaxy of stars in the Church, Louis and Zelie Martin, as they will be canonized during the Synod. Let us pray for them to inspire parents everywhere to train their children to be saints, as they did.