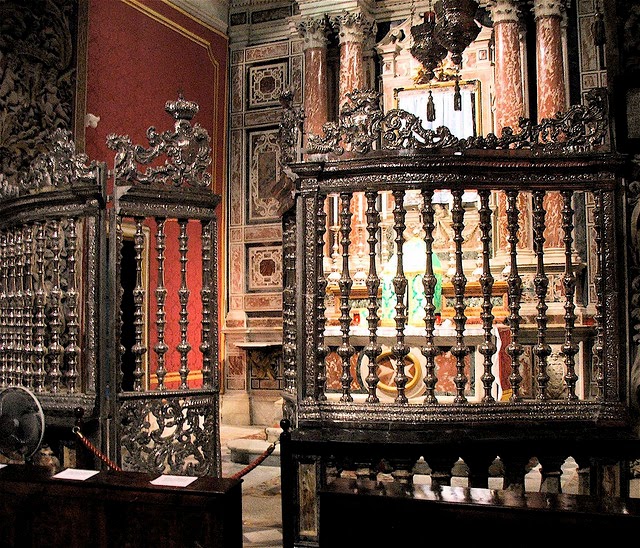 A summary before I continue on grace:

We are all born with Original Sin. Baptism takes away the sin, which has separated us from God and grace.

So, what does baptism do?

One: it makes one a child of God. We are not born as adopted children of God; only once, in our life and with His Life, which is sanctifying grace, are we made children of God.

Two: it makes us co-heirs with Christ in eternal life and in the life of God on earth, with is the life of grace. Without baptism, we do not inherit heaven, nor the life of God, the Kingdom of God within. We receive the Indwelling of the Holy Trinity in baptism, not in any other way. We are heirs of God and heirs of heaven. (These points could be divided into three).

Four: we are given salvation, which means, eternal life, if we cooperate with the graces and virtues given.

Five: we are made pleasing to God and just in His Eyes, through the Death and Resurrection of Christ, through the waters of baptism.

Six: we are given the means to gain merit. Only souls in grace, not those in mortal sin, can gain merit.

Seven: we are united with God in an intimate union.

All these items may be found in the Catechism of the Council of Trent, in the documents of the Church regarding baptism, and in the Scriptures, particularly the Letters of Paul and the Letters of John and in other catechisms, as well as the writings of the saints.

To believe that all people have access to heaven and the above gifts, as well as the state of grace becoming children of God without baptism is to be a heretic. It is too bad, but many Catholics fall into heresy for the following reasons.

One: like myself, there are children in our families, such as nieces, nephews, etc. who are not baptised and some people cannot bear the suffering of facing the truth about their state. I, for example, have a niece who is not baptised. This is a painful situation, but as I am not her parents, I can only pray that God will inspire her to be baptised someday.

Two: many Catholics cannot face the real tragedy of abortion, which is that the souls of these little victims may not be taken up into the Beatific Vision as those who are baptised. Unbaptized babies, as Blessed John Paul II stated, are in the mercy of God. But, we cannot assume that their state is the same as that of a baptised baby. Otherwise, we are denying the efficacy of the sacrament.

Three: many Catholics simply do not believe in Original Sin, hell, or purgatory. In other words, some believe in the heresy of universal salvation, which I think is the most common heresy in the world today.

Four: relativism regarding religions demands that baptism makes no difference as all good people go to heaven--this is a common heresy as well.

Five: the misunderstanding of the baptism of desire, which only applies to those over the age of reason who cannot because of serious circumstances, such as persecution, be baptised. Another person other than one's self cannot desire baptism for a second party.

Six: some Catholics believe all children are in a state of innocence simply because they are children. This is a sentimental idea which used to be common and still lingers on in some circles.

Seven: the misunderstanding of the Nature of God makes some think that God would never punish or damn a child. Now, invincible ignorance is always a possibility, but as I wrote in an earlier posting, children can choose evil and if not baptised, the choosing of good is much harder.

to be continued later and on grace, which is totally gratuitous and cannot be earned....
Posted by Supertradmum