Why Blessed Titus Brandsma Important for this Guild of Catholic Bloggers?

While it is daunting for us to consider on an intellectual level, we live in an age in the West when the concept of freedom grounded in natural law is being eroded, or altered dramatically to mean something concerning personal autonomy and exclusive rights that belong to the individual at the expense of the common good and the dignity of human life.

Only this week, we saw that the United Nations Security Council has passed a resolution calling upon all countries to adopt and implement, “non-discriminatory and comprehensive health services, including sexual and reproductive health.” This is code for a global adoption of the abortion and contraceptive culture and laws which have ravaged whole populations of nations and brought to the West an already unprecedented loss of human life and devastation of the social fabric of these nations.

In the United Kingdom, Europe and North and South America, the definition of marriage is being changed to allow couples of the same gender to marry. In every sense, Government is out of control, financially, morally, with individually-based concepts of rights trampling on more natural human freedoms such as conscience, religion, speech and thought. It is likely that with new laws enforcing a new concept of marriage that demeans and diminishes the institution itself, radically altering not just society's concept of marriage, but even the human language concerning it, will in time come a fierce opposition to those who continue to proclaim that marriage is a union between one man and one woman for the mutual good of them both, for the good of society and for the procreation and education of children. While citizens' trust in Government and politicians must surely be at an all time low, political indifference to the radically inhuman agenda now being set by those with political power is surely also at an all time high. At the heart of this is sad situation is a misunderstanding of human freedom in general, indifference to a political process which has elite concerns, the widespread acceptance of propaganda that maintains the status quo and a culture in which the pursuit of personal happiness has become the primary goal of society.

We can therefore expect that should Governments in the West decide to place behind their 'population agenda' and their vision for societal transformation a totalitarian law forbidding criticism of the new times and new situation, that few will speak out in defense of us. The Governments in the West are already indebted to a Western media that has heavily propagandised and effectively so on their behalf. Only those daily publications on the political 'right' have dared to question the Government's agenda concerning the redefinition of marriage and even these have done so meekly, not once calling for a national campaign in defence of marriage. Aside from in France where protestations against Hollande's law have numbered over a million people, only the Catholic Church and other denominations stand in the way of 'same-sex marriage'. Opponents to the change in the law are already stigmatised publicly as bigoted and out of touch. 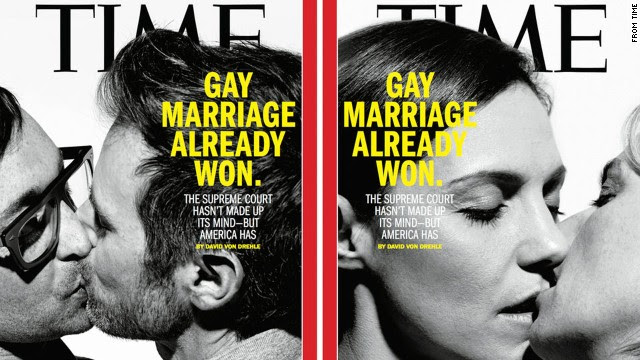 For these reasons, we cannot expect vast numbers of people (and certainly not the police) to come to our defence if in future we proclaim timeless truths through our writing. While our manner of preaching may be slightly different than that of an evangelical street preacher, the recent publication of a transcript of an interrogation by British police of a man condemning the sins of the age poses questions we would rather not ask as to what the future of freedom of speech and communication may be.


And for all of these reasons as well, we can see therefore that we have in Blessed Titus Brandsma a providential patron for this Guild of Catholic bloggers. We who have an understanding of history and of the way in which human concepts of freedom and liberty are being twisted to suit an oppressive political agenda share with Blessed Titus Brandsma a foresight of the totalitarian direction in which societies and political parties that exclude God ultimately lead. As this article, entitled, 'The Global Significance of Blessed Titus Brandsma' makes clear:

'In Italy as well as in Anglo-Saxon countries, the memory of Brandsma immediately after his death was characterised by his resistance against the nazification of the press with the objective of total spiritual control. Brandsma began to realise the dangers of national-socialism before anyone else and warned the people about it.'


While we may not be headed towards the explicit Fourth Reich (though we would be wise never to rule out anything), we are living in an age in which once more eugenic thought is on the increase and on the table, especially in elite political, scientific and intellectual circles. While we may not be facing gulags or concentration camps, there is an increased likelihood in the current climate that the view of the Catholic Church in the public sphere will be rejected even with force of law, that Catholic writers and political dissidents, bloggers and journalists who cannot bring themselves to blithely agree with or co-operate in the new State ideology will face a measure of persecution.

We must recall that at times in the Church's history, persecution has sometimes been sudden and unexpected. We should also soberly recall how quickly and horrifyingly efficiently, Germany descended into the tyranny of Nazism and accepted an ideology that disregarded not only respect for the sacred, but for human life in general and policed those who refused to accept this cruel tyranny, elected by popular mandate, out of existence.

Our patron said, "Those who wish to win the world for Christ must have the courage to come into conflict with it." There is little doubt that if we Catholic bloggers and writers maintain our opposition to the Government's continued path in re-defining marriage, consistently defend the weak against the powerful and mighty of this world, defend human life from conception to natural death, then we will be in opposition to a Government that has ran amok in its thirst for power over the populace, while its own populace accept at face value the many lies and deceits that emanate from not only its own public organs, but from a media that has sold its principles for the sake of an intellectually and morally bankrupt ideology. In an age in which the culture of death has crippled a country so proud of its rich heritage of not only Catholicism, but intellectual concern for true liberty, how sad it is that the Catholic Church stands among a small minority willing to stand up for truth - to be a light of Faith in the darkness of atheism and false ideologies. At this time and for these reasons, Blessed Titus Brandsma stands for much that is relevant to our position.

Let us not be afraid, but continue boldly to proclaim the Gospel by our lives and in our writings, never yielding to fear of the loss of human respect. Our patron has gone before us like the Lord Jesus and has been crowned with everlasting victory and glory. May the holy intercession of Blessed Titus Brandsma assist us in our task of bringing the Gospel to more souls through the medium of the internet.
Posted by The Bones