Musings on Evangelizing and Coming Home

We have been called, in recent years, to the New Evangelization in the Church. This weekend, on my blog, I have six posts on evangelizing the baptized Protestants.

But, what is perplexing me is how to evangelize fallen-away Catholics? In many ways, and I was an RCIA coordinator and teacher for years, those who have been pagans, and those coming from the Low Church, have been much easier to teach than either Evangelicals, or Catholics returning to the Faith.

Unless these people have had some sort of major conversion a la St. Paul on the road, their journeys involve years of suffering. Two young men I know who have "come home" did so with great rational conviction. They, like Newman, finally saw that to be steeped in history was to become, and in their cases, revert back to Catholicism.

Another young man I know struggled with many basic Evangelical questions before converting: justification and sanctification, sola fide, sola gratia, sola Scriptura. But, his biggest hurdles were moral. Changing his mind about contraception in his marriage and taking Catholicism into the workplace seemed at first obstacles too big to overcome.

He did come in and is an exemplary Catholic. However, he was not raised Catholic.

In the not too distant past, I offered to help a parish with catechesis, as I had just taken a course in Adult Faith Formation for Catholics and was brimming over with enthusiasm . The priest asked the parish if they wanted such a class or classes and the answer was, amazingly, "We don't need catechesis." Both the priest and I were not only surprised, but disappointed.

Now, these so-called practicing Catholics were not open to appropriating an adult Catholic Faith, or continuing to form an adult conscience.

This is the problem with lapsed Catholics. They are stuck in some type of mind-set which stops intellectual curiosity about their own Faith.

They are stuck in an immature, adolescent manner of thinking which does not guard them against the attacks of the secular world. They succumb to relativism and individualism.

How to evangelize these Catholics stuck in the past or stuck in the mindset of a young person, presents a challenge to me.

If there was more community life in the Church in England, people could say "See how they love one another", and be attracted enough to come in...., but this is not the case in most parishes.

If there was a dynamic outreach in a parish for lapsed Catholics, instead of a laissez faire attitude, maybe focus would change.

There has been too much false ecumenism, clouding the issue that there is a fullness of Truth and therefore, happiness, in the Catholic Church. 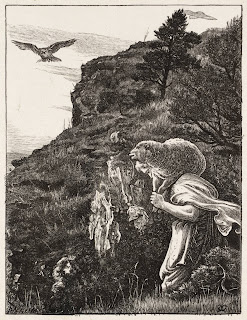 For those who have "come home", they find this happiness within. They can even challenge the Catholics in the parishes to really learn and live their Faith.

My heart goes out to the lapsed Catholics, and for those who stubbornly stay outside the gate. I hope I can find the way to tempt them to look again at what they have repudiated either by choice or laziness. Some I know are practical atheists. Some have chosen other denominations.

In some ways, I admire their lack of hypocrisy, as many Catholics who attend Mass regularly, are thinking and living like Protestants. Contraception, of course, marks the ones in rebellion.

I pray for my lapsed brothers and sisters in Christ and pray for a way to help them come home again. There is much peace and happiness to be found when one finally comes home.