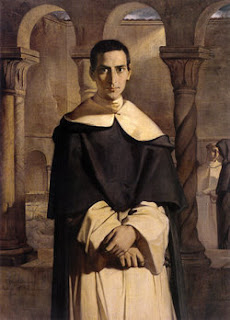 A saint is not simply the point of confluence, the meeting of all the Christian virtues in one and the same soul. This is but ordinary sanctity, that which is necessary to the salvation of every Christian.

There is no Christian in the state of union with God in whom humility, chastity, and charity do not meet together in a degree more or less perfect. We call such people pious men and women; we might even, to speak widely, call them saints; but this is not what we understand by that great expression--the saints! What then are the saints? What then is sanctity thus understood?

Sanctity is the love of God and of men and women carried to a sublime extravagance. If communion between the Infinite and the finite really exists; if the heart of God creates a dwelling and lives in the heart of man, it is impossible, at least in certain souls more ardent than the rest, that the presence of an element so prodigious should not become visible, should not produce extraordinary effects which the weakness of our nature and of our language would constrain us to call extravagant. For what is the meaning of this word? It means that which goes beyond.

There is in sanctity a phenomenon of extravagance, a love of God and men which frequently defies ordinary human understanding. But this is not the unique characteristic of sanctity; extravagance alone would be only singularity, and singularity proves nothing in favor of the man or woman who makes it a part of their actions, if it is not perhaps a great deal of vanity and a little of bad education.

And these two things are not separated there, like two streams which flow side by side. But the extravagant and the sublime, that which wounds human sense and that which enraptures it, mingled and dissolved the one with the other, make of sanctity but one tissue, in which it is impossible for the most active spirit of analysis, at the moment when it sees the saint in action, to distinguish that which is extravagant from that which is sublime--that which binds man to earth from that which lifts him up even to God.

Defining sanctity in these terms, we would naturally expect the history of the saints to be a rare phenomenon, reserved to one time or to one country. But the truth is the exact opposite. 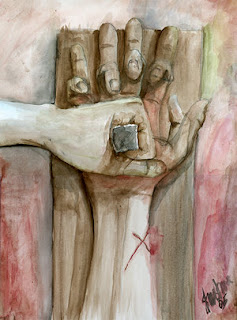 It is a general and a constant phenomenon. Wherever Catholic doctrine takes root, even where (so to speak) it is placed as a grain of seed between rocks, sanctity appears and becomes manifest in some souls by fruits which defy the esteem and the scorn of reason.

That sublime extravagance dates from a yet higher and more unutterable folly--the folly described by Saint Paul of a God dying upon a Cross, His head crowned with thorns, His feet and His hands pierced, His body bruised and mutilated. Since that time the contagion of holiness has never ceased to choose victims in the world--victims to whom belong the heritage of the cross, the living tradition of voluntary martyrdom, the dignity of extravagance and the glory of the sublime.
Posted by On the side of the angels