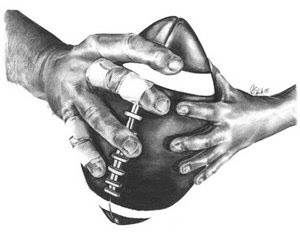 A skinny young boy loved football with all his heart.
Practice after practice, he eagerly gave everything he had. But being half the size of the other boys, he got absolutely nowhere. At all the games, this hopeful athlete sat on the bench and hardly ever played. 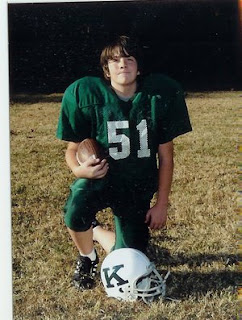 This teenager lived alone with his father, and the two of them had a very special relationship. Even though the son was always On the bench, his father was always in the stands cheering. He never missed a game. This young man was still the smallest of the class when he entered high school. But his father continued to encourage him but also made it very clear that he did not have to play football if he didn’t want to. 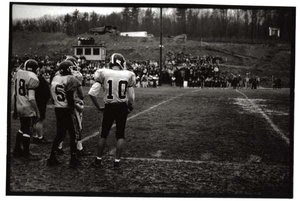 But the young man loved football and decided to hang in there He was determined to try his best at every practice, and perhaps he’d get to play when he became a senior. All through high school he never missed a practice nor a game but remained a bench-warmer all four years. His faithful father was always in the stands, always with words of encouragement for him. When the young man went to college, he decided to try out for the football team as a “walk-on.” Everyone was sure he could never make the cut, but he did. 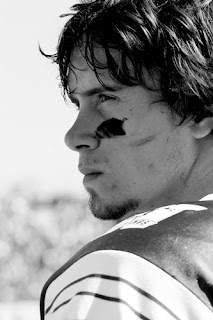 The coach admitted that he kept him on the roster because he always puts his heart and soul to every practice, and at the same time, provided the other members with the spirit and hustle they badly needed.

The news that he had survived the cut thrilled him so much that he rushed to the nearest phone and called his father. His father shared his excitement and was sent season tickets for all the college games. This persistent young athlete never missed practice during his four years at college, but he never got to play in a game.

It was the end of his senior football season, and as he trotted onto the practice field shortly before the big playoff game, the coach met him with a telegram. The young man read the telegram and he became deathly silent. Swallowing hard, he mumbled to the coach, “My father died this morning. Is it all right if I miss practice today?” The coach put his arm gently around his shoulder and said, “Take the rest of the week off, son. And don’t even plan to come back to the game on Saturday.” 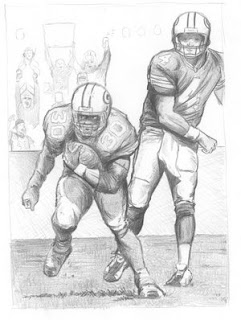 Saturday arrived, and the game was not going well. In the third quarter,when the team was ten points behind, a silent young man quietly slipped into the empty locker room and put on his football gear. As he ran onto the sidelines, the coach and his players were astounded to see their faithful teammate back so soon. “Coach, please let me play. I’ve just got to play today,” said the young man. The coach pretended not to hear him. There was no way he wanted his worst player in this close playoff game. But the young man persisted, and finally feeling sorry for the kid, the coach gave in. “All right,” he said.”You can go in.” Before long, the coach, the players and everyone in the stands could not believe their eyes. This little unknown, who had never played before was doing everything right. The opposing team could not stop him. He ran, he passed, blocked, and tackled like a star. His team began to triumph. The score was soon tied. In the closing seconds of the game,this kid intercepted a pass and ran all the way for the winning touchdown. The fans broke loose. His teammates hoisted him onto their shoulders. Such cheering you never heard. 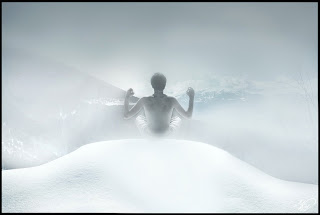 Finally, after the stands had emptied and the team had showered and left the locker room, the coach noticed that this young man was sitting quietly in the corner all alone The coach came to him and said,”Kid, I can’t believe it. You were fantastic! Tell me what got into you? How did you do it?”

He looked at the coach, with tears in his eyes, and said, “Well, you knew my dad died, but did you know that my dad was blind?” The young man swallowed hard and forced a smile, “Dad came to all my games, but today was the first time he could see me play, and I wanted to show him I could do it!”
Posted by On the side of the angels