Some Residue from Remembering the Gunpowder Plot 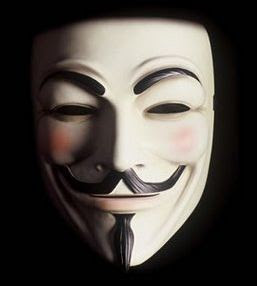 A penny loaf to feed the Pope.
A farthing o' cheese to choke him.
A pint of beer to rinse it down.
A faggot of sticks to burn him.
Burn him in a tub of tar.
Burn him like a blazing star.
Burn his body from his head.
Then we'll say ol' Pope is dead.
Hip hip hoorah!
Hip hip hoorah!

Today is Guy Fawkes day in the UK.  Today it seems treated as just another bank holiday to enjoy carousing and fireworks.  Despite the 400 years that separates them, the Gunpowder Plot is analogous to the Islamists attacks on 9/11/2001.

The Protestant Reformation in England was not simply King Henry VIII making himself the supreme head of the English church in 1534.  After Queen Elizabeth I assumed the English throne after the Catholic Queen Mary, there were a series of Sixteenth Century laws enacted to reinforce Protestant dominion over England.    The Act of Uniformity from 1558 forced subjects to attend Anglican Churches and use the Book of Common Prayer.  Fines for following one's conscience became exorbitant  for most Catholics, it became treasonous to be absolved from schism, Jesuits were banned and priests were executed.

After the death of the "virgin" Queen and the demise of the Tudor dynasty, King James I was settling into power under the aegis of the Stuart dynasty in a de facto united kingdom of Scotland, England and Wales.  Aggrieved Catholic partisans hoped to restore a Catholic monarchy to England.  Guy Fawkes was a Catholic convert who fought in religious wars on the continent.  When he returned to England, he plotted with others to attempt regicide.  Fawkes and his cohorts leased an undercroft which was directly beneath the House of Lords.  The plan was to blow up Westminster Palace (the Houses of Parliament) with 36 barrels of gunpowder.  Black humorist quip that Fawkes was the only man to ever enter Parliament with honest intentions.

The plot failed in part because Parliament delayed meeting for several months due to threats of the Plague.  Some of the gunpowder had decayed during the delay.  Concerns about Catholics being in the chambers may have tipped off security.  In the end, an anonymous tip turned Guy Fawkes in on November 5th as he was guarding his stash of explosives.

Fawkes was not cooperative after he had been taken into custody.  In fact, he earned some admiration from James I for his "Roman Resolution".  Fawkes was transferred to the Tower of London where his interrogators were authorized to start easy and proceed to the worst, hence starting with manacles to potentially the rack.  After a few days of torture, Fawkes told all and was forced to sign a confession.

Almost three months later, Fawkes and seven cohorts had a pro-forma trial at the Star Chamber. Fawkes and three others were slated for public execution.  The others were hanged, drawn and quartered. Fawkes begged for forgiveness from the King and the state while still keeping his "crosses and idle ceremonies".  Afterwards,  Fawkes unexpectedly jumped from the gallows which  broke his neck. Nevertheless, Fawkes lifeless body was still quartered and his body parts scattered to the four corners of the Earth.

While several centuries may have dulled the severity of the Gunpowder Plot, this was a vigilante attempt to decapitate the Government by destroying the seat of power.  This is the same plot lines as 9/11 although the Al Qaeda hijackers used airplanes missiles instead of kegs of gunpowder to try and achieve their ends.

Today, "Guy Fawkes Day" is made light be burning effigies and lighting fireworks. But this was a violent reaction by a persecuted religious minority intent on a paradigm shift. While western nations have become secular and there is a separation of church and state, Islamists intent on building a Caliphate and imposing Sharia law do not make that distinction.

While there are no longer sectarian battles in Christendom,  a strong case can be made that political correctness is zealously being mandated as a state secular religion in America.  In 2010, President Obama had a spate of incidents where he could not read his own teleprompter well enough to utter "One Nation…Under God"  when echoing the Declaration of Independence.  Now the Obama Administration is fighting to prevent FDR's National Prayer on the eve of D-Day be incorporated into the World War II Memorial on the National Mall.  Lest one dismiss this assertive secularism as being merely rhetorical, consider how the implementation of Obamacare is eviscerating the right of conscience clause for Catholic health care workers.

The Gunpowder Incident of 1605 shows the stakes and consequences of imposing state religions.  But even the  most onerous of laws did not shake the faithful.  Some groups like the Puritans left England to follow their conscience in tolerant Dutch territories before becoming Pilgrims to the New World.  Others stayed within the Church of England but their Anglo-Catholic worship retained most of the vestiges and spiritual orientations of traditional "Papists".

Perhaps the lessons that we should draw from the residue of the Gunpowder Plot is that we ought to cherish our liberties, such as the freedom of religion and the rights of the individual over the tyrannical predilections of the state so that we do not have to wait for a masked avenger to lead us to freedom.