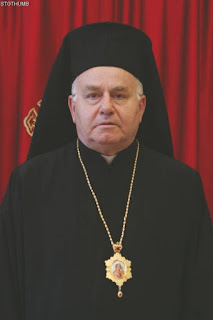 One of Syria’s leading churchmen has welcomed Russia’s intervention.
Melkite Greek Catholic Archbishop Jean-Clément Jeanbart of Aleppo told Swiss television that Vladimir Putin’s intervention was a source of “hope” for the country’s Christians.
The Russian president, Archbishop Jeanbart told Télévision Suisse Romande, “serves the Christians’ cause”, even if Moscow was only serving its own interests.
Archbishop Jeanbart spoke of a “renewal of confidence” among Christians in Syria, adding that President Putin “is solving a problem”.
Russia escalated its military involvement late last month, launching attacks on Syrian rebels in Homs, and against ISIS in the formerly heavily Christian village of Al-Qaryatayn, which the terrorist group overran in the summer.
ISIS, which controls the east of the country, has carried out numerous atrocities against Christians and other minorities. However, the al-Assad regime has been blamed for the majority of the 200,000 deaths since the conflict began in 2011.
Catholic Herald
Posted by Administrator