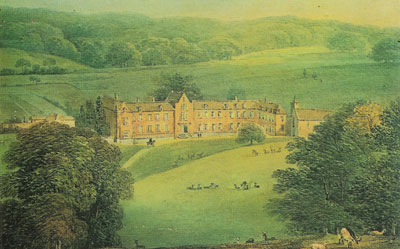 Recently, in a British Catholic online mag, a discussion on the necessity for elite Catholic leaders was put forth by someone, imho, who missed the point of having leaders in the first place. There is in the West a leadership crisis, mostly brought on by the loss of noblese oblige and the tough Catholic immigrant blood which became, sadly, too watered down by "acceptance."

I am re-reading a book my mother bought me for Christmas in 1995, the year I returned to North America, with a very young son, to work out my life without a husband. I left England thinking that America would be friendly to me and son, a false dream of acceptance and community, which did not happen, except for a brief time in Alaska, and, ironically, Canada.

The book is on the great recusant houses in the country which was my spiritual home, where I taught, worked for the Church, got married, had my baby and experienced some of the greatest friendships I have ever made. Those days are gone, and my hopes for living in England have faded with the realities of the present politics against immigration. But, I still think someday I shall return somehow to the land of my spiritual brothers and sisters. How, I do not know.

However, I am a woman without a home here in the great plains of the Midwest, where I was born, and where my ancestors set up Catholic schools, a monastery and more, in happier days long ago. Now, the great houses of the noble recusants of England and Scotland create a longing in my heart for that type of courageous rebellion, silent but strong, against the evils of paganism, religious fanaticism, and secularism. We, in this country, do not have the great noble families, which intermarried and held the Catholic Faith as the most important heritage in their communities, risking life and fortunes for the pope, the Mass, the sacraments, and priests, intermarrying, sending sons to the great continental seminaries of Valladolid, Rome, Douai and Lisbon to become priests and martyrs.

We are approaching the same times, as I have noted here before, without the great houses. Malachi Martin in one of his novels imagined a house like Wardour, or Boscobel, in Windswept House. But, his book is and will always be a fictive creation of a clan center for Catholicism. Such things do not exist in this Protestant and apostate land. Too many of the new Catholics who are of "great families" are, in fact, practical heretics, in disobedience to Rome concerning many doctrines.

We, like most of the Catholic world, including Rome, lack leadership.

However, the houses haunt me. Names like Hendred House, Norbury Manor, Baddesley Clinton and Coughton Court resounded as I imagine the old families kneeling, like the great scene in Gone with the Wind, saying the rosary before the fire at night, while the young girls dream of some Catholic man in the households of Mapledurham or Stonor Park. Hundreds of years of Catholic occupancy kept some of the families alive in the Faith. I wonder if the "15" still meet in London and toast the Pope? 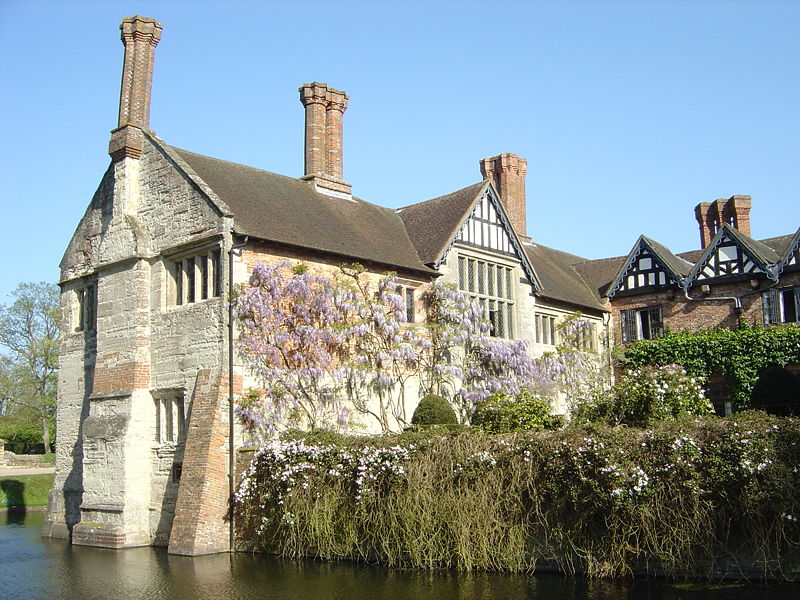 But, the point of this post is not the presenting of a romantic view of the past, but a stark view of the present. In all Catholic lands, leadership may be at the lowest ebb of the tide than at any time in history. One is hard put to name great orthodox Catholic leaders in England, Scotland, Wales, Ireland or America. Too many families have lost one of two generations to secularism and apostasy, or the worst plague of all, mediocrity, what Christ calls in the Book of Revelation, the "lukewarm". I fear a harder time for Catholics here in days to come than in the worst purging of the Roundheads. The reason is simple--we lack both clerical and lay leaders.

Sadly, American Catholic history has been that of a Church struggling since Day One in a Protestant land still rife with anti-Catholicism, which will rear it ugly head again very soon in real persecution. Whether this persecution lasts as long as the suppression of the Catholics in Great Britain, remains to be seen. I, for one, may never see the triumph of Catholicism again in this country, or any country, in my lifetime.

"This is not my country" has become a mantra for many of us on this side of the pond. Some of us saw the inevitable coming for a long time, especially those of us to whom God had given certain discernment and even a prophetic nature, but we were not heard. So be it. One moves on to the next stage of reality, coping with a culture which wants to destroy the Catholic Faith, as it will be seen again, as anti-American.

The sons and daughters of Gibbons, Keane, Ireland and those who fell into the false ideal of being American first and Catholic second, will survive physically. Whether they will spiritually is another matter. Those who have kept the remnant Faith may face hardships which no one wants to imagine.

There are no great houses here, no priest holes, no states which are so united as to form a legal confederacy against the Hydra tyranny of paganism and secularism. No, only small houses of the descendants of those who may even have come here for religious freedom. That is gone, truly gone.

Already, there is a test case in Macon, Georgia regarding Catholic schools. Already the Episcopalians have voted to have false "marriages" in their churches. Already, only the Evangelical Baptists, the Catholics and a handful of independent churches have kept the ancient teachings of Christ and the laws of nature sacred in their congregations. But, the rot has set into the Church. One only needs to ponder the weak responses of some bishops, and the non-response of the leading cardinal of this land.

I mourn the lack of great houses and great families. Like so many, my own family, with a fantastic Catholic heritage, including a great-grandfather who was a Knight of St. Gregory, is split with more siblings having left the Church than staying in--three to one, in fact. My generation and those following have witnessed the weakening of the Church from within, and now we must face the onslaught of legal constrictions from without.

Pray for us. As the Pope Emeritus said a long time ago, more than forty years ago now, the Catholic Church will be small scattered groups of the faithful in a sea of unbelief. May God raise us some new great houses, whether large or small, rich or poor, in these recusant times.
Posted by Supertradmum