The End of Politics


Some UK political commentators have been talking up the 'new politics' represented by the election of Jeremy Corbyn to the leadership of the Labour Party. Jeremy Corbyn is popular, it is said, with young people who have felt disenchanted with the political landscape for a long time. These young people, naturally, were not present during the 1970s and 1980s when the battle between Thatcher's brand of fiercely ideological Conservativism and the hard left took place, therefore, they can be forgiven for believing that Jeremy Corbyn represents something 'new'.

Perhaps the greatest tragedy of British politics in the last century has been the refusal of the political representatives of this country to examine the origins of the ideological assumptions that now define an orthodoxy that binds, quite incredibly, both conservative political thought and the unreconstructed socialists now filling the shadow cabinet. The origins of these ideological assumptions lie in the very origins of life itself and I would say that these lie 'in the womb', but this wouldn't do justice to the truth. It would be better if I said, 'in the petri-dish'. Where does politics begin? It surely begins where life begins. Where does life begin? It could be within the womb of a mother or alternatively, it could begin in a laboratory. Incredibly, I can say that to almost no astonishment whatsoever. 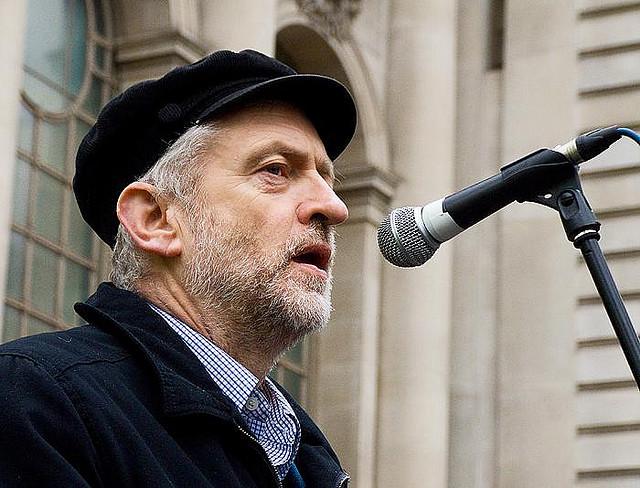 Why? No political leader - however 'socialist' or however 'conservative' he is, can divorce politics from morality. Whether they be misguided, right or wrong, every politician, in advancing a political idea does so from a place that they deem to be driven by a moral good. Yet no politician, it seems, is able to raise a single objection to the most politically charged place in the world. No politician can bring themselves to raise objection to the most politically explosive ideological development of the last one hundred years - a development upon which both the left and the right are utterly silent. What is this development? This development is nothing more or less than the commodification of the human person - that is - human beings new status as commodities. 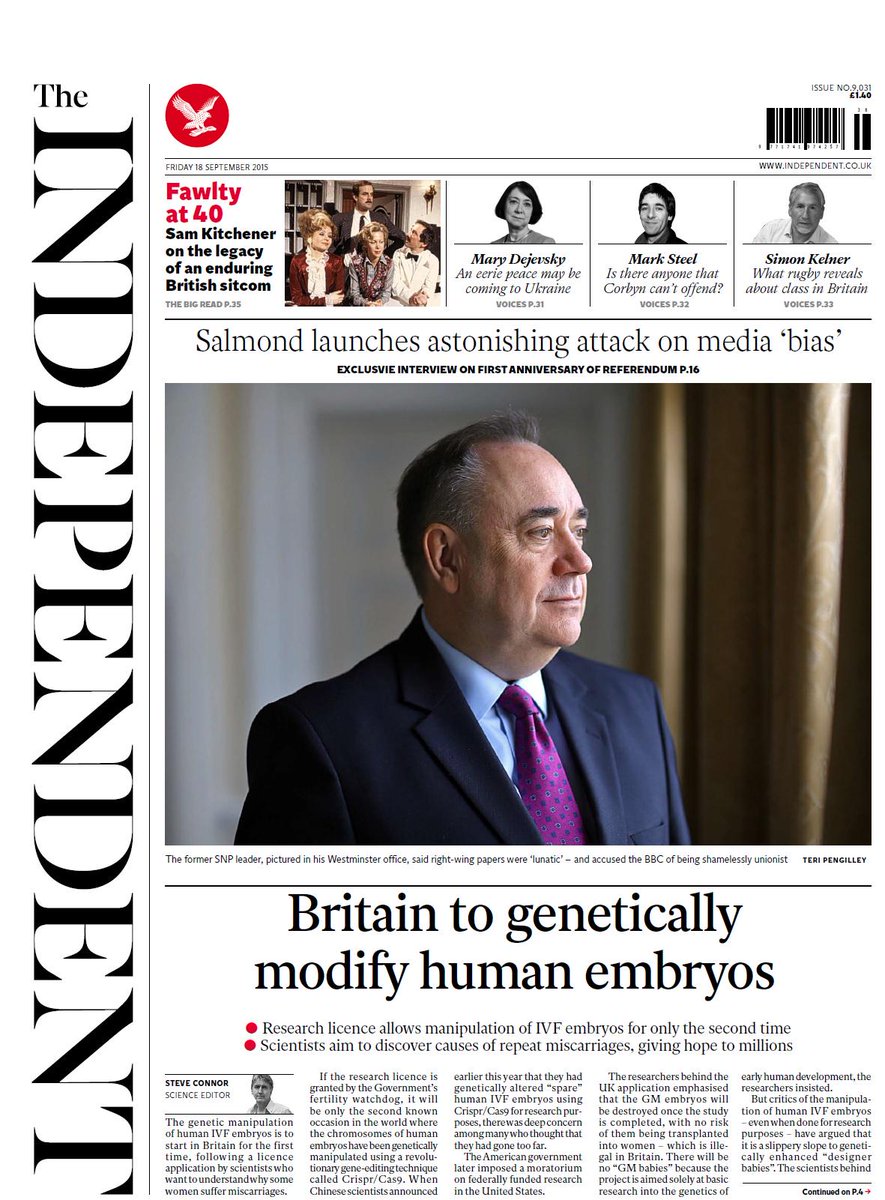 We might ask ourselves how this insidious idea was left utterly unconfronted by the politicians of our era and how an entire ideology that captured both the right and the left moved so stealthily as to unite them both in such astonishing silence while even The Independent newspaper runs front-page headlines on the issue that crystalizes the very essence of politics itself.

Politics begins when human life begins and if you still don't believe that, politics certainly begins when human beings are producing embryonic human beings in laboratories. Politics definitely begins when human beings are genetically modifying human embryos. Politics ends when this 'just isn't an issue'. Politics ends when a news story such as that covered by The Independent yesterday receives no comment at all from a single politician. Whatever we hear from Jeremy Corbyn and David Cameron, history will undoubtedly note that while the 'Brave New World' was constructed around them, while even mainstream newspapers issued a warning, while Alex Salmond and others were complaining of 'media bias' in terms of the political landscape, no political ideology of the day was able to withstand the social darwinism and the unjust and inhuman commodification of the human person that triumphed almost unchallenged, in a twist of supreme irony, even by those whose natural inclination is to call for the curtailing of the 'free-market'.

The human embryos created on live US television in the clip above could have been you, could have been me. Don't ever let anyone tell you that human life for sale, human life created in a scientific laboratory, whether out of motives deemed good, or bad, isn't an issue for politics. Politics and ethics go hand in hand and you will never hear a politician lay claim to a political stance without some kind of ethical belief behind it, whatever that political stance is.

Human embryos in laboratories, like their brothers and sisters whose lives are in constant threat in the womb, don't vote, but look around the political scene and be quite sure, that if they could, they almost certainly wouldn't, for who will recognise them as even being human?

Our medical and scientific advancement is unparalleled throughout human history, but likewise, so is the blindness, indifference, ignorance and ultimately, the futility of our political representatives, because if human beings can be created and sold, genetically modified or cloned, disregarded and binned or frozen in storage and remain waiting for collection indefinitely, unfathomably, the political issue which isn't, the question that is never asked, if the very origins of our species itself goes ignored, know that however 'radical' or 'socialist' a politician may appear, however 'conservative' another may seem, politics itself, is dead. With Jeremy Corbyn, not the new politics, but rather the old politics is back.

The genuinely 'new' politics that brought into light the dark crimes hidden in laboratories, as well as that which remains hidden in abortion clinics, sadly, in the UK, never got started. For some inexplicable reason the reason why was never explained to anybody and nobody wanted to talk about it. One thing is assured, however. Eventually, the sinister ideology that drives the commodification of the human person in the laboratory, created only to be sold, will have infected, as it nearly already has, almost all aspects of human life. Such an ideology cannot be kept in isolation. It is a plague.

When Western societies realise that their political leaders have allowed them, truly and in all ways, to be priced tagged and sold according to their value as a human commodity, then 'the left' won't have the answers, 'the right' won't have the answers, but at least the questions will be asked: Why did you allow this cruel dystopia to develop from its embryonic stage? Why did you not only allow it to be born, but to flourish and thrive uncontested while even history and credible newspapers warned you? Then, and only then, will the new politics begin.
Posted by The Bones