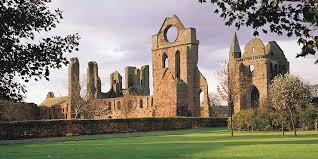 
I am not sure of the future of Catholic bloggers who are actually orthodox. Like our ancestors who faced decisions, most of us will not abandon Holy Mother Church for the sake of either political correctness or blasphemy.

The history of Great Britain changed forever, in 1534 with Act of  Supremacy, in 1536, with the First Suppression Act of, and in 1539, with the Second Suppression Act, not only because one king chose to defy the pope over the rules of marriage, but because hundreds of leaders in Parliament wished the destruction of the Church, and millions of people cooperated with the planned extinction of God's one, true, holy, catholic and apostolic Church.

The Church survived, just, but mostly by leaving and returning, or in small groups protected by great houses of Catholic families.

The Church will survive the new onslaught, carried out now within and without Her fold. But, not without great damage to communities and families. She will survive, not in great triumph, but in small remnant groupings, yet again, but with barely no wealthy or landed patronage.

As a blogger in a free country, which is becoming less tolerant of religious freedom, that is, the right to express one's beliefs in the market place-the media, I wonder at the limited days of blogging for truth.

It is only a matter of time before "hate speech" laws hit the net in ways unforeseen in early days of free speech on this platform.

Some of us, on purpose, push the envelope, write furiously, and plenty, in order to spread the good news of Christ's redemption and the beauty of Church teaching on line.

But, like our patron, Titus Brandsma, had to face, we shall come to a fork in the road. Thankfully, I truly believe most of us on this blog will choose the right path, for Christ, for real freedom.

Let us not be presumptuous about that time. Let us pray for each other to be holy, strong, and true.
Posted by Supertradmum