"...the immortal gods themselves will favour and be at peace with the Roman name...if we have seen to it that all subject to our rule entirely lead a pious, religious, peaceable and chaste life in every respect"

The first thing to understand about the Great Persecution is that it was not only legal, but religious. The national religion of the empire was being renewed by Diocletian and co-emperors, 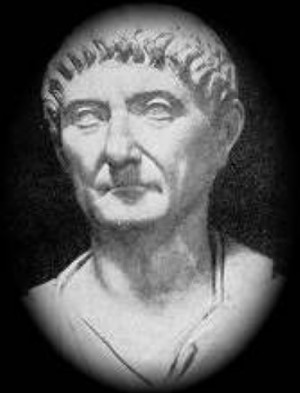 Maximian, Galerius and Constantius, for the good of the empire. The financial and military good of the empire
meant that the old gods of Olympus had to be appeased. In the face of difficult times, it was necessary for the citizens to worship the "true" gods of the empire. In a sense, Diocletian and his fellow emperors in the Tetrarchy
were revitalizing the entire Roman world with a new sense of dedication to the old gods.

So, why would the Catholics be the particular subjects of persecution?  (For the record, the Manicheans were also persecuted.)

The problem with too many Catholics today, is that they do not see themselves as a threat to the growing totalitarianism of both the EU and America, now both run by anti-Christian principles, and increasingly
anti-Catholic values or ideals.

Too many Catholics honestly believe that they can "talk", or have detente, with the growing evil of the world.

This prevailing attitude can only lead to an increase in self-deceit and a false hope for change.

Small battles have been won here and there, but the battle for souls is being hindered by communism, socialism, secularism, and neo-paganism. It really does not matter, at this time, what "ism" will push through the draconian
laws, as it only takes one.

We have all seen this before under Henry VIII, Elizabeth I, and Mao, among others.

The Catholics are the threat, always, as our kingdom is not of this world.