Sadness at A Parting 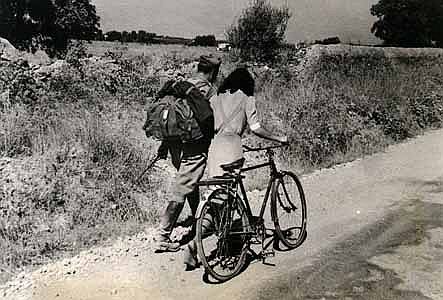 When one is in love and the beloved decides to end the relationship, the rejected party must face a life without the love and security which the significant other brought into one's life.

Love creates a sense of well-being, acceptance, security, comfort. Even if the relationship is totally Christian and moral, the break-up can be extremely painful. One wants to be in love forever.

We all desire never-ending love.

My love affair with my own country has come to an end. I cannot find the essence of beauty which caused the love in the first place. I have lost that "first love".  As flags were waving in the breeze, and still do in some neighborhoods for Memorial Day last week, I walked down a leafy street sick at heart at the decay of a once great nation.

Yes, there still are brave hearts and great people here, but the turning of this nation from secular humanism, if not Christianity, from liberal, in the true sense of the word, ideals, to ideologies and paganism, has caused me to fall into a sadness. I cannot find but a remnant, very, very small indeed, of those Catholics who understand what is about to happen to our once great country.

The acceptance of the slaughter of the babes in the womb could be seen by some as the turning point from civilization to barbarism. Historically, a people who sacrifice their young for prosperity, like the Canaanites, the Carthaginians, and others, have been labelled "barbaric". No longer does it seem we are allowed to use this term for any activity.

Now, we are facing a decision which will contradict natural law, common sense, centuries of shared civilization, and the long teaching of Christ as promulgated by the Catholic Church.

What can we expect but chaos and the final decay of this great nation?

This nation will not be able to be called as one "under God". I would not be able to say this as it would amount to blasphemy, as well as hypocrisy. Perhaps, I say this for the last time, perhaps. Babes in the womb have been denied liberty and justice for all for decades, and now we are facing a nation which will pass judgement against God's law regarding same-sex relations. The Catechism of the Catholic Church reminds us of the four sins which cry out to God for vengeance.

1867 The catechetical tradition also recalls that there are "sins that cry to heaven": the blood of Abel,139 the sin of the Sodomites,140 the cry of the people oppressed in Egypt,141 the cry of the foreigner, the widow, and the orphan,142 injustice to the wage earner.143

One weeps at the parting of loves. I feel like a person without a country, but then, I must remember my true home is not here, but with God, and with His People. My real home is the Catholic Church.

"I pledge allegiance to the flag of the United States of America, and to the republic for which it stands, one nation under God, indivisible, with liberty and justice for all."

There is, truly, only one place where these words are true, and that is in God.