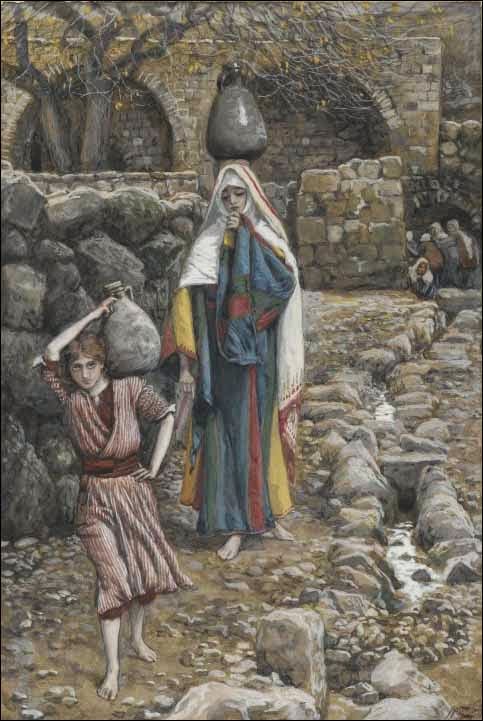 In the multi-cultural climate which surrounds the island of Great Britain, to speak of differences which are spiritual has become politically incorrect. Yet, from the First Century, the Church has spoken against the prevailing pagans cultures by preaching the Gospel and baptizing all who desired to come into new life.

What is missing from the understanding of so many is the concept of grace. Sacraments effect change. Sacraments give grace, and the graces of baptism have been undervalued among Catholics in the past three generations.

Again, my comments are in blue...


VII. THE GRACE OF BAPTISM

1262 The different effects of Baptism are signified by the perceptible elements of the sacramental rite. Immersion in water symbolizes not only death and purification, but also regeneration and renewal. Thus the two principal effects are purification from sins and new birth in the Holy Spirit.65

All the sacraments are efficacious, which means they actually do something and are not merely symbolic. One actual has a rebirth. One actually is purged of Original Sin, and one is actually made an adopted son or daughter of God in baptism.

For the forgiveness of sins . . .
1263 By Baptism all sins are forgiven, original sin and all personal sins, as well as all punishment for sin.66 In those who have been reborn nothing remains that would impede their entry into the Kingdom of God, neither Adam's sin, nor personal sin, nor the consequences of sin, the gravest of which is separation from God.

A friend of mine's dad came into the Church days before he died. How fortunate for him. To have all his punishment for sin forgiven. He most likely skipped purgatory.

What a sublime grace...his days of suffering were over. But, we who are baptized as babies have a higher calling to build up the Church with the graces given at baptism. This is the call of all Catholics. We are in a battle but not without grace. Too often, Catholics do not claim the great graces of baptism in order to fight concupiscence. Those who do, earn holiness and a place in heaven.

Many of the saints never committed mortal sin, not once, through the special efficacious grace of God. But, all of us are given tremendous strength in baptism to fight the tendency to evil which is within us and to become free of our predominant faults.

1264 Yet certain temporal consequences of sin remain in the baptized, such as suffering, illness, death, and such frailties inherent in life as weaknesses of character, and so on, as well as an inclination to sin that Tradition calls concupiscence, or metaphorically, "the tinder for sin" (fomes peccati); since concupiscence "is left for us to wrestle with, it cannot harm those who do not consent but manfully resist it by the grace of Jesus Christ."67 Indeed, "an athlete is not crowned unless he competes according to the rules."68

God does not ask the impossible from us and always gives us the grace we need to be the saint He created us from all time to be.

I hope to come back and discuss the graces of baptism in more detail and the virtues given.