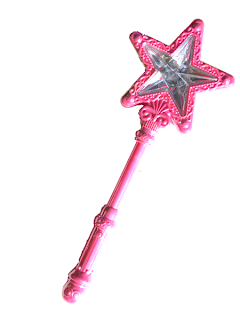 Can I blame Walt Disney and Tinker Bell? Can I try and find a pattern as to why so many men and women in their 70s on down do not understand the theology of the sacraments? Talking with someone who has not been to Church in years and thinks she is saved because of that action clearly indicates a Catholic infected with "magical thinking".

A person who has apostatized thinks he can "con" God by doing good works outside the life of the sacraments, indulges in magical thinking.Magical thinking seems to be the most common problem I constantly meet with Catholics regarding Baptism, Confirmation and the Last Rites.Serious problems exist because many Catholics do not understand that the sacraments bring responsibility and must be met with responsibility. People do not understand grace.Magical thinking is indicated by people who think that baptism of infants whose parents are either atheists, a priest told me that many priests baptize infants of practicing atheists and a priest in Walsingham a few years ago baptized anyone's children without preparation of any kind), or non-practicing Catholics. This is against the Canons, but indicates a lack of understanding on the part of the priests and the parents. Why would atheists, who have no intention of raising their children Catholic, desire baptism? Why would fallen away Catholics seek baptism for their children, when there is no demand that they come back into the Church or take classes? Grace is given but not "kept" in a bottle. Unless the children are raised in grace, they will quickly fall into mortal sin, or habits of venial sin, which will lead to mortal sin.Why do priests baptize infants and children of pagans, who will not raise their children in the Faith? I now know several priests in different dioceses who know the Canons and ignore these. Why? Is this taught in the seminaries? Are bishops aware that this goes on in their dioceses?Baptism takes away Original Sin and gives sanctifying grace. It makes a child an adopted child of God, and a member of the Catholic Church. Grace is not pixie dust. Magical thinking states that baptism saves a person once and for all-the fundamental option. Magical thinking ignores the fact that grace is given freely by God, not earned, not kept under the circumstances of serious sin.Magical thinking supposes the person stays in sanctifying grace without the sacraments or training to be a Catholic.Magical thinking is protestant. The same magical thinking applies to Confirmation, when priests confirm young people who are not going to Mass on Sunday and are contracepting, clearly in mortal sin and not able to receive grace, which is only "receivable" if one is already in sanctifying grace. Magical thinking wishes that people are saved without their free will being involved. Grace informs the intellect. Grace is given to us rational creatures so that we can choose the correct way to go spiritually, morally. Magical thinking denies free will. We choose God and good. We have a lifetime to do this. We must respond to grace and work for our salvation in fear and trembling, states St. Paul.Sanctifying grace is not a permanent state, nor is it once and for all, as many Protestants believe. It can be lost and in the case of mortal sin. We are deprived of sanctifying grace by the sin of Adam and Eve, and we must, therefore, be baptized. But we can lose that state of grace and those who no longer go to Sunday Mass, or abort, or contracept, or are in irregular marriages, have not only removed themselves from sanctifying grace, but from the community of God, the Church.
Here is the CCC on this point and I put this in bold type"


1861 Mortal sin is a radical possibility of human freedom, as is love itself. It results in the loss of charity and the privation of sanctifying grace, that is, of the state of grace. If it is not redeemed by repentance and God's forgiveness, it causes exclusion from Christ's kingdom and the eternal death of hell, for our freedom has the power to make choices for ever, with no turning back. However, although we can judge that an act is in itself a grave offense, we must entrust judgment of persons to the justice and mercy of God. 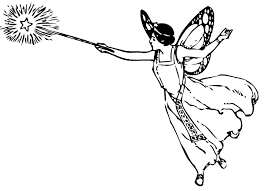 Any idea less is magical thinking. Here is the CCC again.

The Baptism of infants
1250 Born with a fallen human nature and tainted by original sin, children also have need of the new birth in Baptism to be freed from the power of darkness and brought into the realm of the freedom of the children of God, to which all men are called.50 The sheer gratuitousness of the grace of salvation is particularly manifest in infant Baptism. The Church and the parents would deny a child the priceless grace of becoming a child of God were they not to confer Baptism shortly after birth.51
1251 Christian parents will recognize that this practice also accords with their role as nurturers of the life that God has entrusted to them.52
1252 The practice of infant Baptism is an immemorial tradition of the Church. There is explicit testimony to this practice from the second century on, and it is quite possible that, from the beginning of the apostolic preaching, when whole "households" received baptism, infants may also have been baptized.53

Faith and Baptism
1253 Baptism is the sacrament of faith.54 But faith needs the community of believers. It is only within the faith of the Church that each of the faithful can believe. The faith required for Baptism is not a perfect and mature faith, but a beginning that is called to develop. The catechumen or the godparent is asked: "What do you ask of God's Church?" The response is: "Faith!"
1254 For all the baptized, children or adults, faith must grow after Baptism. For this reason the Church celebrates each year at the Easter Vigil the renewal of baptismal promises. Preparation for Baptism leads only to the threshold of new life. Baptism is the source of that new life in Christ from which the entire Christian life springs forth.
1255 For the grace of Baptism to unfold, the parents' help is important. So too is the role of the godfather and godmother, who must be firm believers, able and ready to help the newly baptized - child or adult on the road of Christian life.55 Their task is a truly ecclesial function (officium).56 The whole ecclesial community bears some responsibility for the development and safeguarding of the grace given at Baptism.

Some people have been led to believe by some religious leaders, lay and priests, that people can be saved by certain prayers of others outside of the indulgences granted by the Vatican. Again, this is magical thinking. Faith allows us to pray for the dead and have Masses said for the dead. But, plenary indulgences are for the souls in purgatory, and may be prayed for those who have died outside the Church, but these indulgences are not prayers outside the merit of the entire Catholic Church. Quite the contrary. The Church passes the merit onto those people. Merit is gained by those Catholics who are in the state of grace.

We are called to evangelize, and to baptize, and no amount of magical thinking can substitute for spreading the Gospel.

Later, the types of graces....
Posted by Supertradmum