Over the last two years there have been a lot of words spoken about mercy and Pope Francis has said that the Church should be a field hospital that brings healing.

Sadly there are modern day Pharisees in the church who are more interested in gaining money - for example, certain clerics in Germany who would tolerate pretty much anything as long as they get their hands on money through the church tax.

There is nothing merciful in pretending that sin is not sin or in denying and undermining the words of Christ about marriage.

There is nothing merciful in making divorce easier and the tragedy that this brings to innocent children and spouses whose lives are destroyed.

There is nothing merciful about giving Holy Communion to a to-life politicians who use it as a publicity stunt to promote their murderous agendas.

True mercy consists of turning to Christ and receiving His forgiveness - in Baptism and after this in Confession, the sacrament of Reconciliation.

Raymond Cardinal Burke is someone who has promoted the sanctity of life (mercy for the unborn) and the defence of marriage (mercy for the family) and in encouraging us all to repent (mercy for us all, sinners).

Let the cry for mercy continue, but let's not confuse it with the actions of those who bow before powerful, anti - life politicians, mocking those who are faithful or the actions of those who would trample on everything Christ teaches as long as they rake in money in church taxes.
Let us take a moment to pray for Cardinal Burke that he might remain strong and for all who hold and teach the Catholic Faith which comes to us from the Apostles. 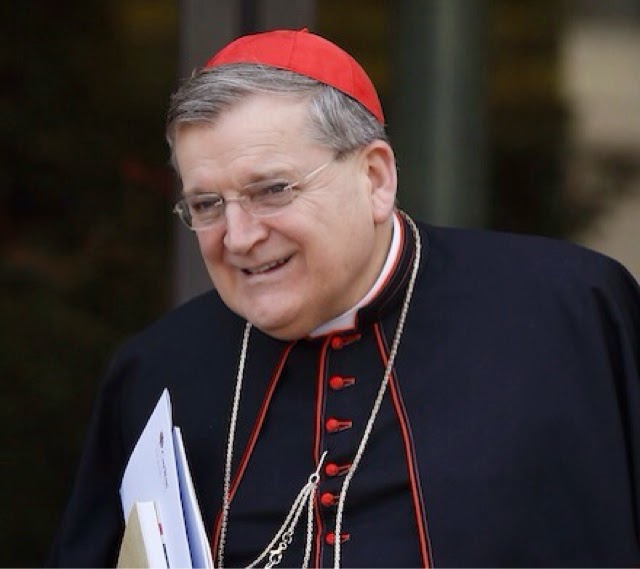