How Gen 3:15 reconciles to the Father of Love and Justice 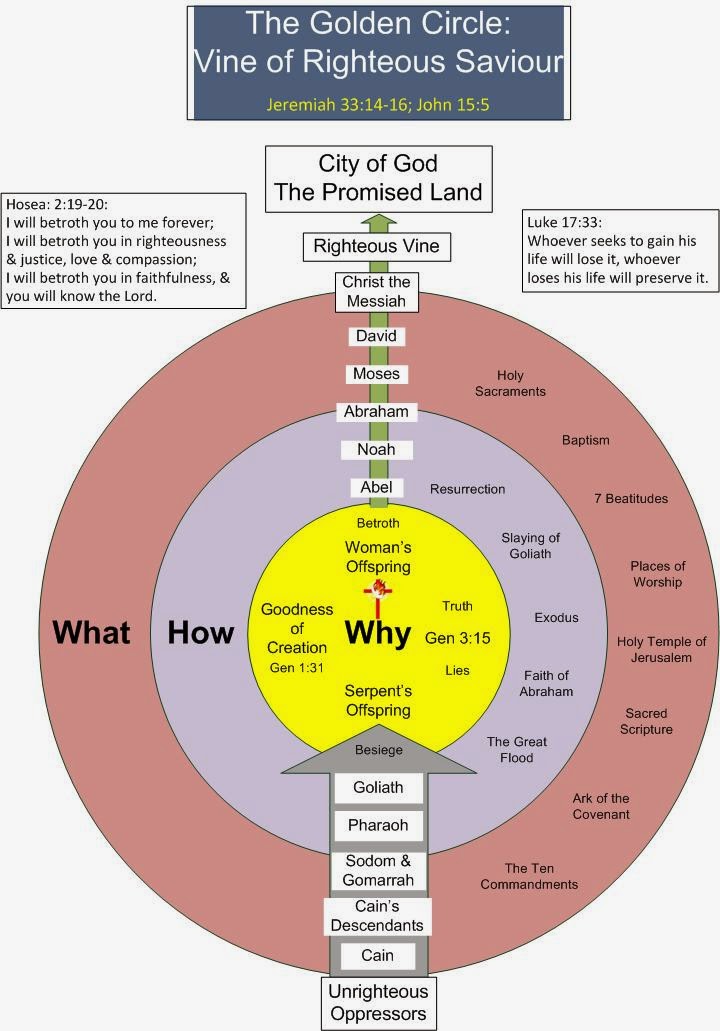 Genesis 3:15:
“And I will put enmity
Between you and the woman,
And between your seed and her Seed;
He shall bruise your head,


And you shall bruise His heel.”

In true Carmelite tradition but appropriately using a business method of communication, the purpose of this illustration is to reflect on WHY Genesis 3:15 relates to these times and to the whole of human history. (If it works why not use it, you decide?)

Consider the Parable of the Wicked Vinedressers - Matthew 21:33-44 for Gospel context and further St Theresa Bendicta's petition to the Pope for action against the bruising of the heel of the righteous in Germany.

Letter of Saint Edith Stein to Pope Pius XI in 1933

As a child of the Jewish people who, by the grace of God, for the past eleven years has also been a child of the Catholic Church, I dare to speak to the Father of Christianity about that which oppresses millions of Germans. For weeks we have seen deeds perpetrated in Germany which mock any sense of justice and humanity, not to mention love of neighbor. For years the leaders of National Socialism have been preaching hatred of the Jews. Now that they have seized the power of government and armed their followers, among them proven criminal elements, this seed of hatred has germinated. The government has only recently admitted that excesses have occurred. To what extent, we cannot tell, because public opinion is being gagged. However, judging by what I have learned from personal relations, it is in no way a matter of singular exceptional cases. Under pressure from reactions abroad, the government has turned to "milder" methods. It has issued the watchword "no Jew shall have even one hair on his head harmed." But through boycott measures--by robbing people of their livelihood, civic honor and fatherland--it drives many to desperation; within the last week, through private reports I was informed of five cases of suicide as a consequence of these hostilities. I am convinced that this is a general condition which will claim many more victims. One may regret that these unhappy people do not have greater inner strength to bear their misfortune. But the responsibility must fall, after all, on those who brought them to this point and it also falls on those who keep silent in the face of such happenings.

Everything that happened and continues to happen on a daily basis originates with a government that calls itself "Christian." For weeks not only Jews but also thousands of faithful Catholics in Germany, and, I believe, all over the world, have been waiting and hoping for the Church of Christ to raise its voice to put a stop to this abuse of Christ’s name. Is not this idolization of race and governmental power which is being pounded into the public consciousness by the radio open heresy? Isn't the effort to destroy Jewish blood an abuse of the holiest humanity of our Savior, of the most blessed Virgin and the apostles? Is not all this diametrically opposed to the conduct of our Lord and Savior, who, even on the cross, still prayed for his persecutors? And isn't this a black mark on the record of this Holy Year which was intended to be a year of peace and reconciliation?

We all, who are faithful children of the Church and who see the conditions in Germany with open eyes, fear the worst for the prestige of the Church, if the silence continues any longer. We are convinced that this silence will not be able in the long run to purchase peace with the present German government. For the time being, the fight against Catholicism will be conducted quietly and less brutally than against Jewry, but no less systematically. It won't take long before no Catholic will be able to hold office in Germany unless he dedicates himself unconditionally to the new course of action.

At the feet of your Holiness, requesting your apostolic blessing,
(Signed) Dr. Edith Stein, Instructor at the German Institute for Scientific Pedagogy, Münster in Westphalia, Collegium Marianum.

The 'WHAT' we shouldn't forget!

St Theresa Benedicta of the Holy Cross Pray for us,
Blessed Titus Brandsma Pray for us.

N.B.Explanation for what the Golden Circle means go to the following link: