Abortion Act Guidance - but what about the criminals?

Guidance in Relation to Requirements of the Abortion Act 1967 from the Sexual Health Policy Team, Public Health Directorate at the UK Department for Health

The Association of Lawyers for the Defence of the Unborn (ALDU) knows Ms Duncan of old.  She is described today as a "Programme Manager, sexual health and HIV, Department of Health" but as long ago as 1996, she was writing fobbing-off letters to ALDU in answer to letters written to the then Secretary of State for Health, Stephen Dorrell.  In a letter dated 30 October 1996 she wrote:

"As you know under the Abortion Act, as amended, two doctors must form an opinion in good faith as to whether the statutory grounds for an abortion are satisfied.  Parliament has decided that doctors are to be legally responsible and accountable for their decisions.  It would be open to Parliament to look at how the Act is being implemented, should it wish to do so.  For our part, we have no evidence that doctors are flouting the law.  We will investigate any specific complaint and allegations or irregularities."

All of this was just flannel;  ALDU had sent evidence of irregularities - an open admission by a "Leading NHS Consultant" that the abortion law was flouted "as a matter or routine", aired on BBC Radio 4 "Today" programme, and reported in the Daily Telegraph of 27 August 1996 - the Department took no action. 18 years later, the same Andrea Duncan, who wrote these platitudinous words, is a leading member of the Team issuing this Guidance.  With this background it is not surprising, therefore, to find the Guidance to have been written written as it has.   The Guidance document clearly admits that "irregularities" in abortion procedure, for which doctors are "legally responsible", have taken place but no action is to be taken against those responsible except to suggest that abortionists should not repeat these irregularities in the future.

The Guidance is remarkable in that throughout its 14 pages it misrepresents the law, it admits that illegality has taken place and that this illegality is continuing (otherwise, why the need for this guidance?) and yet no prosecutions take place.

The very first paragraph of the Introduction states:

1. The Chief Medical Officer (“CMO”) wrote to all Registered Medical Practitioners (RMPs) on 23 February 2012 and 22 November 2013 stressing the need for full compliance with the requirements of the Abortion Act 1967 (“the Abortion Act”). In the letter of 22 November, it was announced that the Department of Health would provide more detailed guidance to doctors in relation to the Abortion Act.

Is it normal to write to doctors to tell them that they must act in "full compliance" of the law?  Is that not something that one might expect them to do in any event?  And the Chief Medical Officer thought it so important to remind doctors of this fairly basic requirement, that he wrote twice to tell them this.   [This is not the first time that abortionists have been reminded of the fairly basic requirement to obey the law.] Why do they need these continual reminders?  The answer appears later in the Guidance - namely that doctors have been breaking the law, as was publicly admitted 18 years ago, and the authorities have maintained Ms Duncan's 1996 attitude.  No doctors have been prosecuted and nor is there any intention that any should be prosecuted now.

The next paragraph contains yet another reminder to doctors, and everyone else involved in abortions  that they should not commit crime:

2. ........ It is essential that all those involved in commissioning and providing abortion care, including those managing services, should understand the legal requirements placed on RMPs to ensure that their practice is lawful.

Does anyone involved in "commissioning and providing abortion care [sic], including those managing services" obey the law?  If there are some that do not, as this Guidance admits, why are they not before the courts?

3. Abortion is an area in which people can hold very strong views.

This patronising sentence bears a startling similarity to words in Ms Duncan's 1996 letter to ALDU where she wrote:

"Abortion is a subject on which many people hold, with equal sincerity, very strong and widely differing views."

No consideration seems to have been taken, either in 1996 or 2014, as to why there should be these "very strong" views.   A Department of Health Guidance concerning treatment for back pain would not contain such a statement.  Perhaps these "very strong views" arise because some of us do not like to see children being killed in their thousands day after day, with those doing the killing apparently immune from any legal redress even when they openly flout the law?

Having not progressed passed the first three paragraphs of this Guidance document, we propose to return to it from time to time and highlight some more of its absurdities, either on this blog or here on ALDU's own blog. In the interim, no-one should expect to see abortionists being hauled to court to answer for their crimes, even when admitted on national radio or admitted in Department of Health documents. 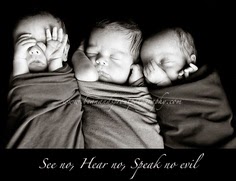