Spoiler, if you have not seen The Hobbit II, do not read this post! 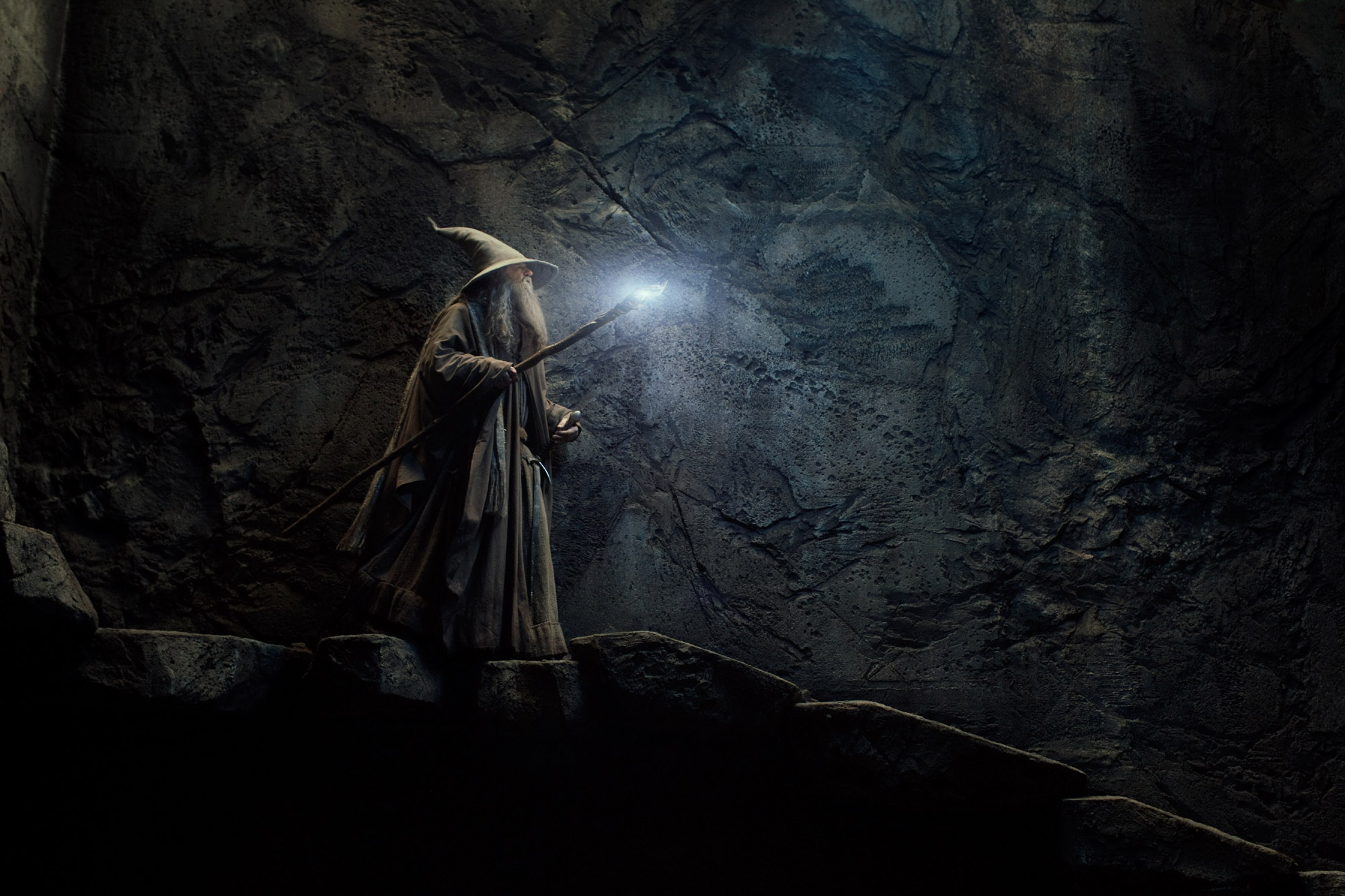 At the end of the movie, The Hobbit II, The Desolation of Smaug, two images strike me as important for Catholics today. If you want a review of the movie from my viewpoint, you can look at my blog.

This is a discussion of imagery and the contemporary message of this movie. The director interpreted Tolkien's book freely, as one would expect, making a children's tale of charm and intrigue into a hyper-action film.

I actually have no problem with that, and one of the themes which struck me was the timeliness and emphasis of some of the events and images.

Only two will be highlighted here. I want to extrapolate on the meaning of these two images.

The first is that of Gandalf in a hanging cage-like prison in Dol Guldur after he encounters Sauron, an event which is not in the book. But, the point I want to note is the imprisonment of Gandalf, because he was not prepared for the enemy, which was there-the great evil servant of Melkor.

This flaw in Gandalf in the movie makes one wonder why the wizard, one of the Guardians of Middle-Earth, just did not get what was happening all along.

The uncovering of the witch-men tombs is a hint, and Gandalf should have figured out who was behind the calling up of the Nazgul.

None of this belongs in the movie, but my point is this. The unprepared Gandalf ends up imprisoned. He should have been more alert. Was this a sin of pride on Gandalf's part to face unknown evil on his own, without knowing who he was encountering?

Are we like this sometimes? Going where angels fear to tread either out of ignorance or pride is spiritual blindness. One would expect more from a Guardian.

But, we fall into spiritual traps too often, and should be prepared by the virtues, discernment, sanctifying grace from the sacraments.

The second image is that of Bard in jail at the end of the movie as well. Two key players in this interpretation of Tolkien are in cages, in prisons.

Bard is in jail because of the envy and jealousy of one government lackey from Esgaroth, and the incompetence and sloth of the Master of the town.

Bard is in jail because of the sins of others, which is why millions of good people have ended up in prison-hatred from those who hate good.

The two protagonists in prisons makes for suspense, but is a dramatic theme on the part of the director to remind all of us, that our choices for good may not be appreciated by the evil, the worldly.

Perhaps we need a mentality which will allow us to do two things: one, prepare for prisons of all sorts in our lifetime, if and when we stand up for the Truth.

And, two, to persevere in Faith despite dire circumstances.

One more thought--it would be nice if there were more modern men like Bard, or the elves, or the dwarves, for that matter-real protectors.

Just a few thoughts from The Hobbit II.