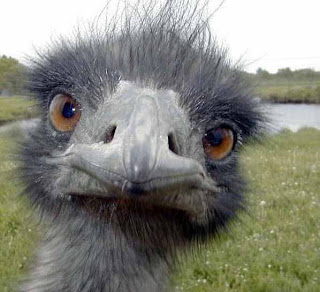 Many people in Europe do not understand the real significance of Obamacare. For the Catholic population who are orthodox, this is a question of freedom of religion. The five stages of persecution were developed after WWII by social scientists and psychologists to try and explain how both the Holocaust and the Gulag became acceptable to the larger populations of Germany and Russia. The other three stages can be found on my blog. We are now in Stage Four, which is the criminlization of religious positions, laws which specifically target a group, such as practicing Christians or Catholics. This movement has accelerated in the past three years in the States.
Stages four and five of persecution are clear. We are in stage four in the States and entering into it in Great Britain.
Stage Four is criminalization. I tried to explain this to my seminarian students right before Obamacare was passed in the House and Senate-- and Stupek caved in, December 24th, 2009. America changed that day. If one wants a dummy view of what will come--check out this plan of action and fill in the spaces.
http://en.wikipedia.org/wiki/Patient_Protection_and_Affordable_Care_Act
Fines for disobeying state laws, such as in the Reformation, will be common.
Obamacare. SSM.
Fines for teaching the truth will be imposed.
Bishop Henry of Calgary was fined years ago for teaching against homosexuality and civil marriage.
Being put out of business. Loss of status.
Catholic pharmacists in Illinois with consciences had to leave their jobs rather than pass out abortifactients and birth control pills. Catholic medical students have to leave certain courses at certain universities which are required-abortion classes which do the real thing--and move to other universities. I know this.
Adoption agencies in England and in the US, which will not allow same-sex couples to adopt, and rightly so.
33% of the hospitals in the States are Catholic.  They will go out of business or become secular. Look at what happened this past ten days at Mater Misericordiae in Dublin.

Imprisonment for hate speech, loss of status and jobs, (which some in academia have already experienced for standing up for Catholic truths in Catholic institutions-I have many examples).
And so, on
Why are people in denial about this?
Stage five is out and out murder.
It will be worse in America as the government is more organized and the populace more stupid and naive.
America will see organized imprisonment and death. Europe will fall into scape-goating and kill when things fall apart out of spite.
All we need is a crisis and one which can be manipulated. Hitler used inflation and unemployment to stir up the simmering hatred of the Jews. All we need is one stupid, orchestrated event.........
All this has happened before....Two out of three Jews in Europe were killed in the Holocaust. The population of the Jews now would be three times greater had there been no Holocaust. There is a reason why there will be a remnant Church in the West.