By The Press Divided

Between 1983 and 1985, a series on the BBC revealed the treachery among family members during the English Civil War. Being a huge fan of Tim Bentinck and Robert Stephens, I watched the entire first series and second series; the title was By the Sword Divided.

Now, the great gulf of emotions and political allegiances of the Lacey Family are highlighted in this series.
The entire, horrible truths of family members betraying family members jolts one into reality. When I watched it in those years, I knew this type of hatred for good and for truth would happen again and split families forever. To me, the series was prophetic.

The series emphasizes the deep seated religious convictions of both the Parliamentarians, or Puritans, and the Anglican and Catholics, the Royalists. The family as depicted is fictional, although there are Laceys in English history. One could change the name to Langton, Grenville, Throckmorton, Hopton, Noel, or even Villiers and understand the divisions in families across England those ten years, many divisions which have lasted to this present day in the families which have survived.

Modern historians read the Civil War as class warfare of the lower and growing middle class against the aristocracy, which is revisionist, Marxist history.

The reality of religion becomes less important to these Marxists, who judge all wars as based on money and status.

Not so. When I watched the series, and having studied the Civil War as a history major, my first degree, I was shocked at the hatred within families totally founded on Calvinism or Anglicanism, or Roman Catholicism. Having visited some of these places where the battles were fought, and realizing how many Catholics were involved in supporting the Royalist cause, I began to see that the real meaning of the Civil War was not the rising middle class and their hold over Parliament, which, of course, aided the Calvinist cause, but the absolute hatred of the established Church and the Monarch, who represented that Church.

As I watched the series so long ago, my thoughts were on the splitting of the Catholics in America and England into two classes: the Obedient Ones and the Rebellious Ones. Those who try to be obedient to the Catholic Church form a small minority as against the majority who compromise and deny the necessity for daily conversion.

Catholics who refuse to be a sign of contradiction in the world have capitulated to the secularists. 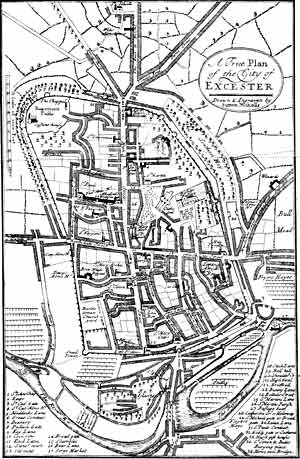 Do not live in la-la land thinking those who love Rome and Her Teachings will not see the day when families are torn apart in the name of religion, false and true.

It has already happened to some of us. I also recommend this book below, which I have in a box in storage in Illinois.

The fight now is in the press, in the liturgy, in the lack of leadership both in the clergy and laity. We have only to blame ourselves.  I see bloggers and other journalists taking sides-the Obedient vs. the Rebellious. Those among us who insist on reading and writing own opinions or new age, or protestant interpretations of Catholic Teaching, are continuing the Civil War in England and adding to the coming splits,which will be deeper and more tragic.