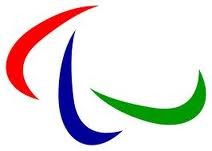 Symbol of the Paralympics, three "agitos"


Today, Saturday 1st September, is the feastday of St Giles, believed to have been a 7th Century Athenian from a noble family.

He left his native land and travelled to France where he lived for some years as a hermit.
According to legend, he befriended a deer and was subsequently wounded by an arrow when hunters tried to kill the animal.
As a result of his wound, St Giles became permanently crippled which resulted in him being appointed patron saint of the physically disabled.

His miracles won him the support of many of the aristocracy and, eventually, he founded an order that adopted the Benedictine Rule.

The monastery of St-Gilles-du-Gard was founded by him towards the latter half of the 7th century.

A great pity that St Giles could not have been included in the various corporate identities projected by the Paralympics.


Prayer for the Disabled to St. Giles
O Lord, we beseech you to let us find grace through the intercession
of your blessed confessor St. Giles;
that what we cannot obtain through our merits
be given us through his intercession.
Through Christ our Lord. Amen.

St. Giles
Pray for us.