And I mean titles, I do not mean the content although, I am sure that you will agree that the ten I have chosen all have solid pedigrees in the literary context. 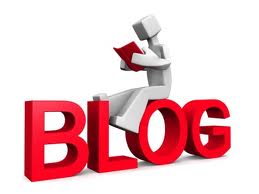 A name is so important; it can be a descriptor of the object or person; it can tease the imagination and also inspire.

The ten that I have chosen are, I underline, all my own selection. The fact that several of them are GOBTB members should not surprise anybody. The Guild does attract membership from some very distinguished bloggers, present company excepted.

So here they are, the plain and the enigmatic, if you wish to produce a list of your own then, please add a post on this site if you are a member, or post your list on your own site if not (or, become a member of the Guild, it's easy).

1. My all time favourite blog title is none other than our own Laurence England's "That the Bones You have Crushed May Thrill". An intriguing title taken from the Psalm Misere Mei and not without considerable significance.
In the time of Christ it was the custom of  shepherds, when faced with a lamb that had a tendency to stray, to take it and to break one of its legs with a rock.
The leg would then be bound up and the sheep more or less confined to quarters. When the flock moved, the shepherd would place the miscreant around his shoulders and carry it to pastures new. A close relationship was created and the lamb saved from an uncertain fate due to wandering from the flock. A wonderful analogy for anyone who is sick or terminally ill.

2. The Hermeneutic of Continuity really needs no introduction from me. Fr Tim Finigan must rank among the country's five best known and loved priests and he maintains this blog with a diverse series of posts, some serious, some humorous and all of them highly readable. Whenever I quote this blog to anyone, even fellow Catholics, it's always met with "The Hermen of Who?"
How few listen to our Holy Father, he knows what it means.

3. Another priest but one who is not a member of the Guild (as yet). Fr John Zuhlsdorf, better known as Father Z (pronounced "Zee" - for the sake of any Martians out there) posts on his blog, mainly from the USA. It is, of course, "What does the Prayer really say?". Fr Z must be one of the high hitters of all time (and he's still a young man!) Huzzah! as he might say.

4. And yet another 'American' blogger (Heather King is a Brit but living in the USA), new on the scene as far as I am concerned but with a blog title that will set you on fire.
It is, none other than "Shirt of Flame" A great title that reminds me of the line from the Basque Carol: "The angel Gabriel from heaven came,
His wings as drifted snow his eyes as flame..." Fire is synonymous with zeal and one can imagine that, having one's shirt on fire would make you quick to respond, and that is what the Good Lord wishes us to do; react as if our very lives depend on it, which they do.

5. Left Footer - what can I say except that I like and admire Chris and will one day buy him a large Jack Daniels when we meet up. He claims to be "angry" but, in reality he is just portraying the justifiable anger that most of us feel at the state of play in the world today. I grew up being called a "Left Footer" (although, it has its origins, I believe in Northern Ireland and was a sectarian term of abuse). A great title.

6. The Tenth Crusade - from the USA. This is what Wikipedia has to say about the title: "The Tenth Crusade is a rhetorical device that builds an analogy between the US- led War on Terrorism and the historical Crusades".
I like the fact that the word "Crusade" is used (too much political correctness about its usage today) and I like the analogy. We will face major issues with Muslim communities in the future and we need to commence defining our own spiritual needs so that parameters are set (and commence a dialogue).
I also like Caro's direct way of speaking - let's have more of it.

7. Mary O'Regan's blog "The Path Less Taken" is an intriguing title. I am sure that I am going to show my ignorance by stating that I know not its provenance (please don't say that it's a line from Shakespeare, Mary). I do know that there are several works along the lines of 'The Road less travelled' but I shall have to await enlightenment. Anyway, it's a great title

8. We swing back to America for Anthony S Layne's title:
"The Impractical Catholic" (actually, he has two blogs and it was a toss up as to which had the best title, The Impractical Catholic or Outside the Asylum - I like 'em both.
I eventually plumped for the impractical one as it sums up my own capabilities as regards the faith. I guess that we are all impractical Catholics and that is another reason for liking the title. Tony Layne writes some very deep posts and I often have to go and lie down after reading them.

9. Paul Priest is a well known commentator and blogger; he also has the enviable blog title "On the Side of the Angels" OTSOTA for short. Paul has a fine mind for Canon Law and an equally easy writing style that totally absorbs you, except that you have to keep reaching for the Kleenex (read his latest series of posts on the Guild site).

10. And, finally, Dylan Parry's "A Reluctant Sinner" is another five star title. Open to much interpretation (think about it) Dylan carries an explanation on his sidebar with a quote from Romans: (7): 14-19. It is good to use the word "Sinner" as the world seems to believe that sin was just a figment of Catholic imagination and, of course, we are all reluctant sinners.
Dylan's posts are wonderfully crafted and put together with pictures in a very design conscious fashion which makes me ever so slightly envious (not enough for it to be a sin though).

Richard Collins - Linen on the Hedgerow