Seven of the best! 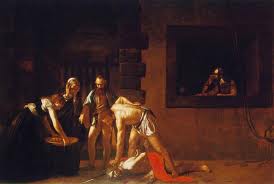 We have not yet reached this stage in the West
but Iran has!


This week in blogging sees yet more persecution of the faithful, those midwives who refuse to be complicit in the killing of infants, those in the USA who, in the public sector, face court if they do not proclaim same sex marriage, abortion, birth control and so on.

Bishop Finn famously said, in a pithy sentence: "We are at war!" And at war we are although, as Catholics, we have always been at war with the world.
Not in an Islamic sense, that of Fatwas and violent actions, but in the Christian sense of prayer and submission.

Submission is fine except when it affects our core values.
The martyrs of Nagasaki did not submit, neither did the Ugandans or the English and Welsh.
They knew that the time had come to take a stand and they did so.

Here are the week's top posts:

Number one spot goes to Cristina Odone, journalist and ex Editor of the Catholic Herald. I admit to having been a little ambivalent to Cristina in the past, believing her to be a somewhat liberal Catholic, but, this week sees her stepping up to the Catholic mark and taking flak for it.
The comments made after this post are, in the main, spiteful and malicious and, whenever I hear or read of such a backlash my support goes out to the person brave enough to have stood up to be counted.
You may read her excellent post HERE.

Are we Catholic or Roman Catholic? And does it matter? Yes, of course we know we are the 'Roman Rite' but we are not "Roman Catholics" we are just plain Catholics.
Introibo ad Altare Dei tells why.

Three is for Monsignor Charles Pope who posts frequently and wisely. He announces the very good news that a US Cardinal has started a blog. Yes, really. I guess you could count the number of Cardinals who have a blog on half the fingers of one hand so it is heartening to see this development. You may read the Monsignor's post HERE and visit the Cardinal's blog on this site
http://cardinalsblog.adw.org/

The rather attention grabbing blog title Unveiling the Apocalypse carries, as one might expect, some pretty worrying reading.
Worrying that is, until you recall those words of St Matthew:
"But as for that day and that hour, nobody knows it, neither the angels of Heaven, nor the Son, no one but the Father alone".

I normally steer clear of modern attempts to prophesy the final days but this post is interesting, read it HERE. The author incidentally, is one, Emmet O'Regan - Mullach a-bu!

Five brings us to Ches at The Sensible Bond and his good post, again on persecution.
Of course, this week we had Archbishop Nichols stating that the Church in England and Wales is NOT persecuted and, to a degree he may be right.
But try telling that to the man or woman who has a Mason or Orangeman as their boss.
Or to the worker who wishes to leave early to attend Mass; or the receptionist who wants to wear a miraculous medal around her neck.
OK, we are not being chopped up in little pieces but our livelihoods, our reputations and our Catholic society are.

Number six goes to our own and also our latest blogger, Jimin Kang who asks if Our Lady fasted. Enigmatic questions are good for encouraging us to kickstart our brains (or, at least, my brain) into thinking more deeply about the faith. Jimin certainly has great perspective in his posts.

Seven, goes to The Anti Modernist (I think the clue may be in the title) who carries a video post (what's the name for that? Vidpost? Vidclip?) regarding Holy Communion on the Tongue. Bishop Schneider is the key person so you know it is going to be straight, factual and correct.
Preaching to the converted, I know.
Posted by Guild of Blessed Titus Brandsma